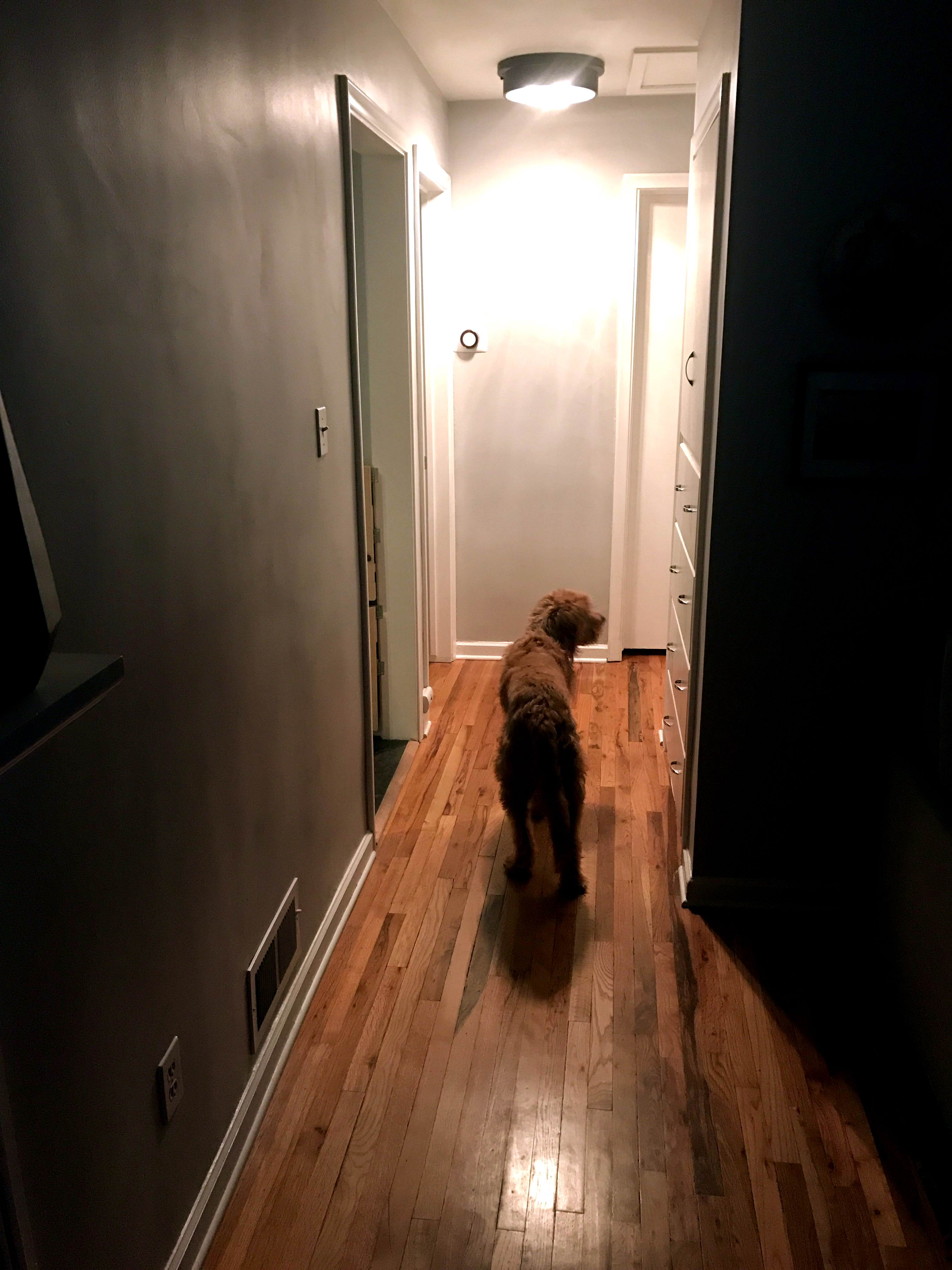 As I’ve mentioned in other posts, the lighting in our house is terrible. We have great window lighting, but the overhead lighting comes down to: track lighting or ceiling fans. We’re in desperate need of recessed lighting, but until then, the first project was swapping out a pair of ancient flush mounts in our family room.

If we learned anything from our last house — it’s that a new light can completely transform a room. These lights aren’t on that level, but they’re a big improvement on what was there previously.

We swapped out the lighting at night, so the pictures in this post are pretty terrible.

These are the lights we swapped out: 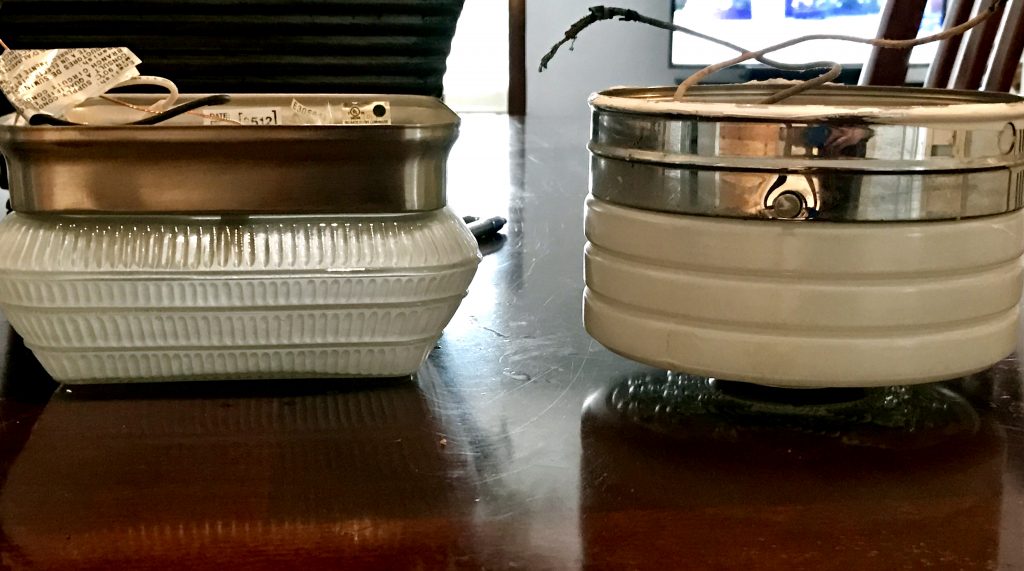 Here’s what the room looked like when the lights were on (SO DARK): 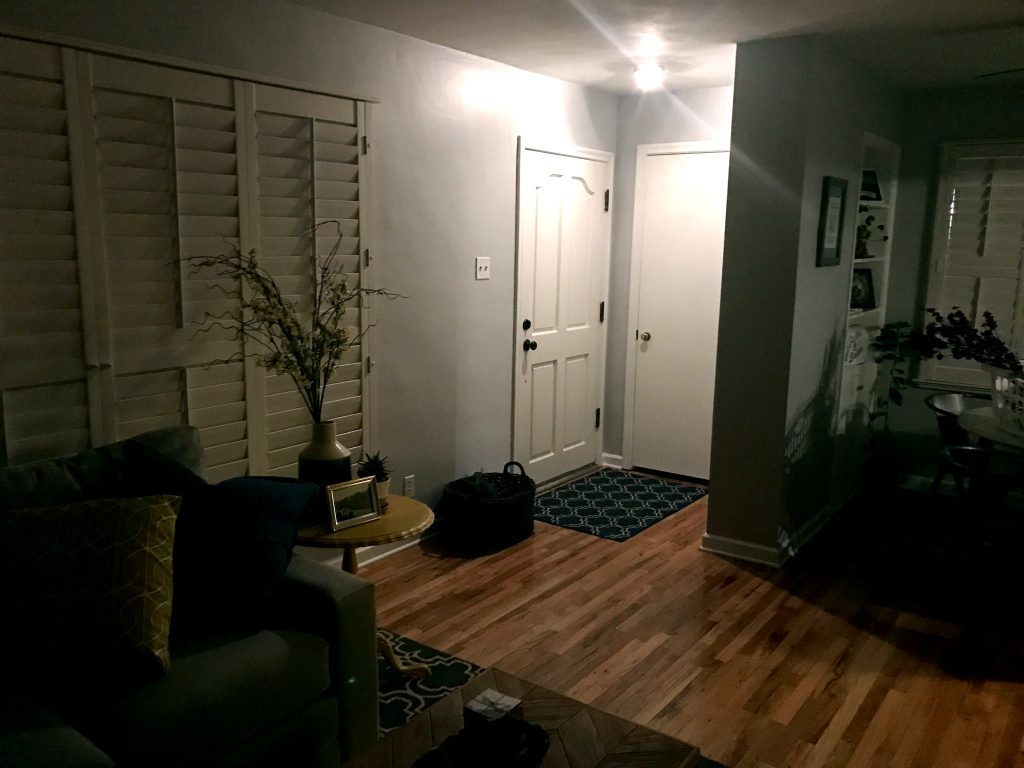 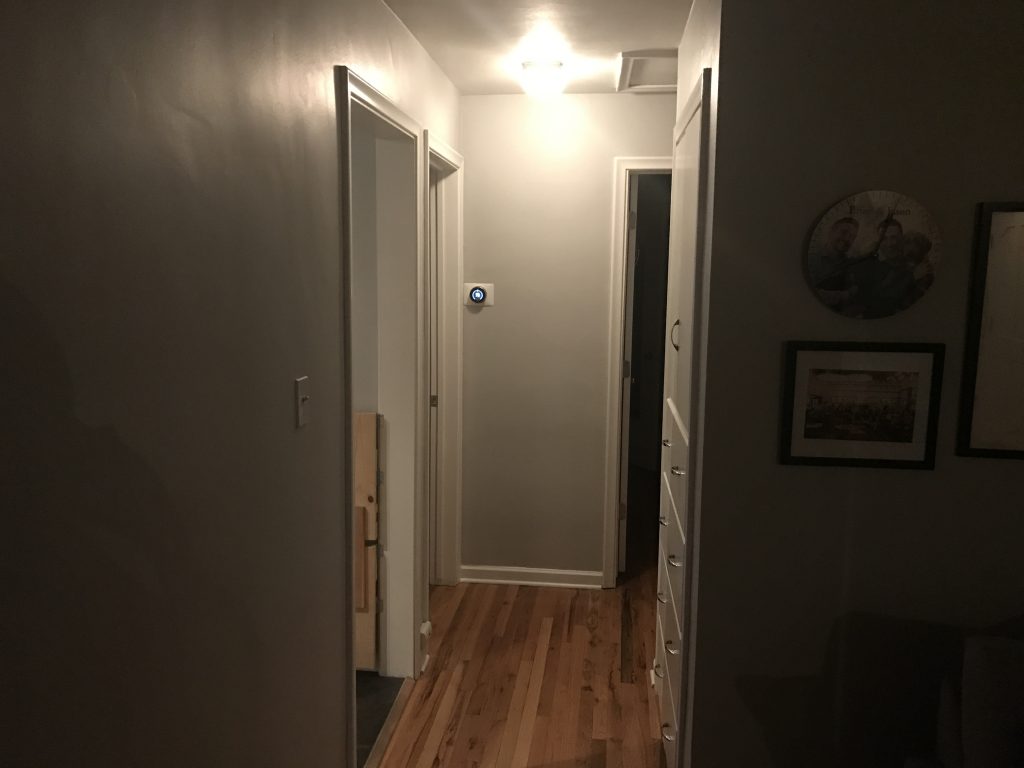 We bought the new lights from Wayfair. Most people who’ve moved recently know you’re bombarded with coupons from USPS. One was a decent one from Wayfair, so we used it on the lights and it saved a good amount of money.

After Brian’s handyman skills were put to work, here’s what the lighting looks like now: 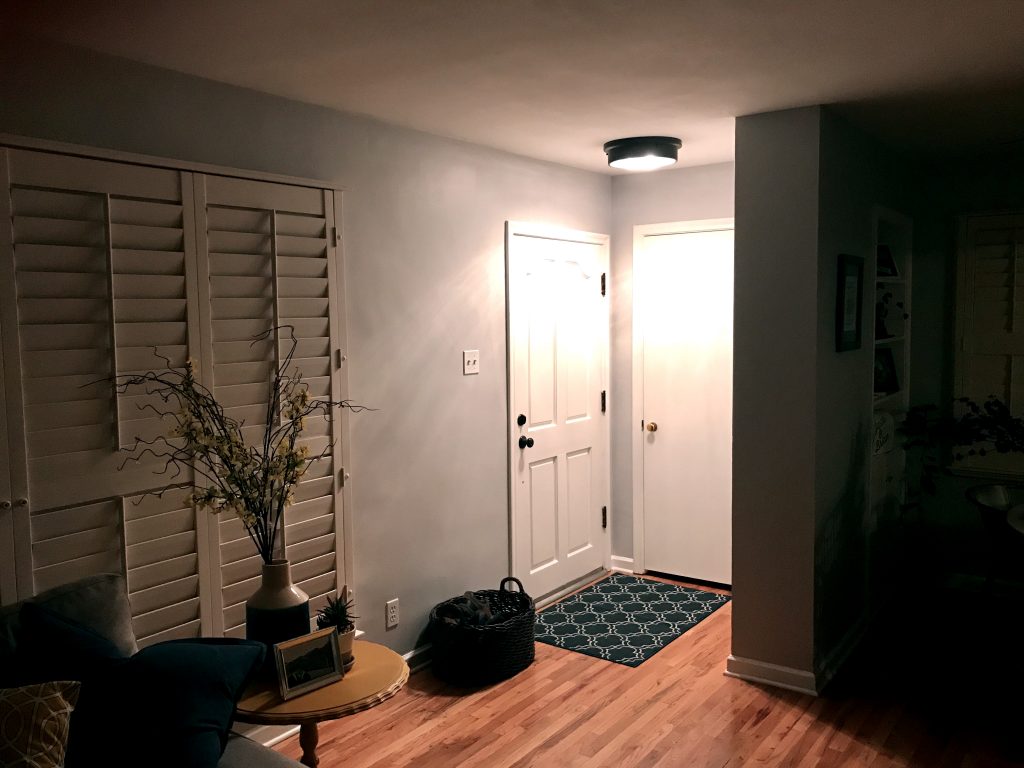 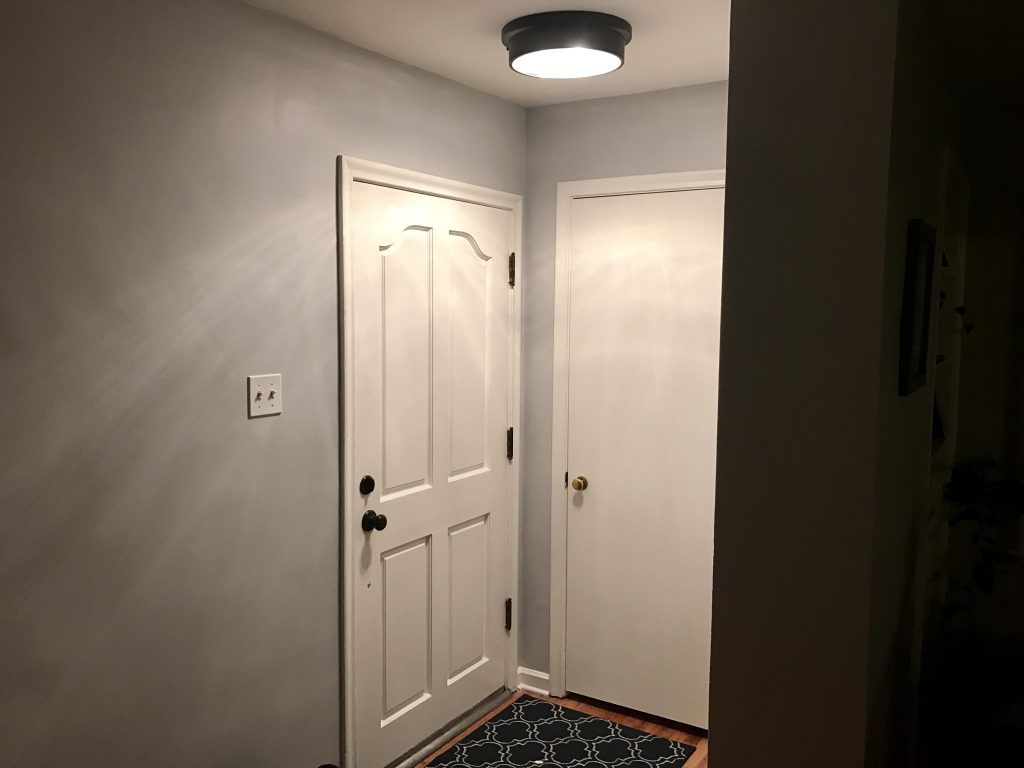 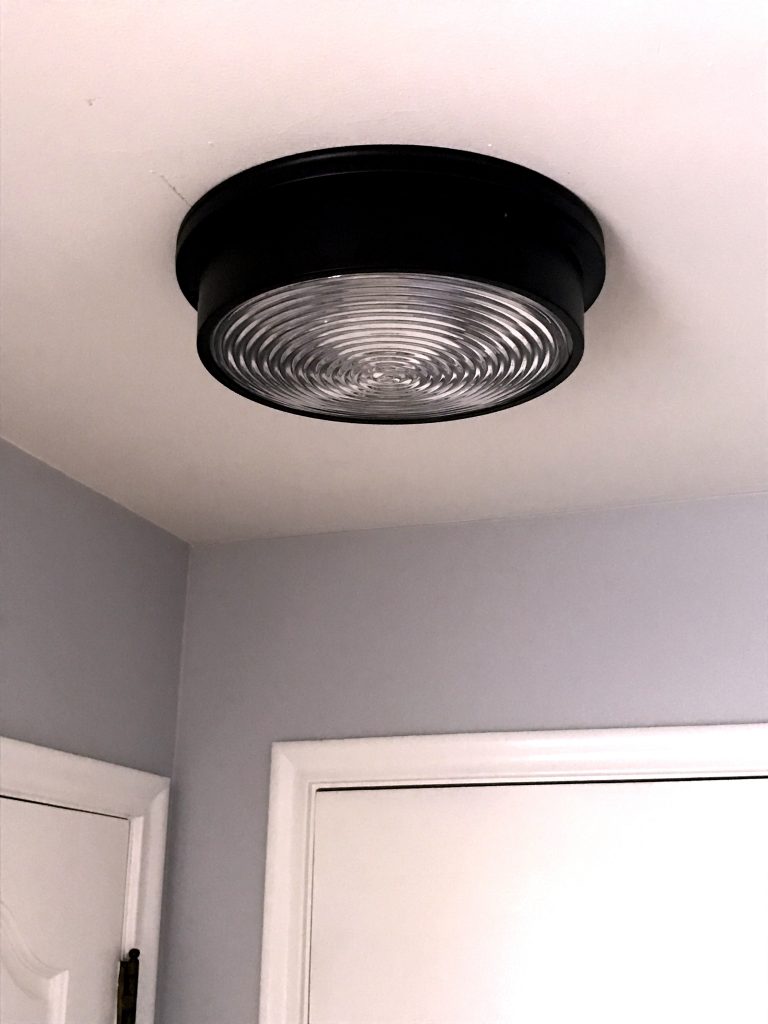 The lights aren’t that exciting, but they’re really a much better fit for the room and the feeling of the space. Plus, they’re so much brighter and appropriate for the dim room.

The best part of the story

Now, this post is pretty boring, but it gets a bit better.  When we woke up the morning after installing the new lights, Ellie, our goldendoodle seemed pretty upset. While we were eating breakfast she kept barking — at the new light in the hallway. Who knows why, but she was very upset at the new fixture. She didn’t bark for long but she kept stalking and keeping an eye on the fixture for about an hour. Who knows why, but it was hilarious. Much better she freak out a light fixture than a machete man, right?

I should’ve taken a video, but here’s a photo of her stalking the light early in the morning. 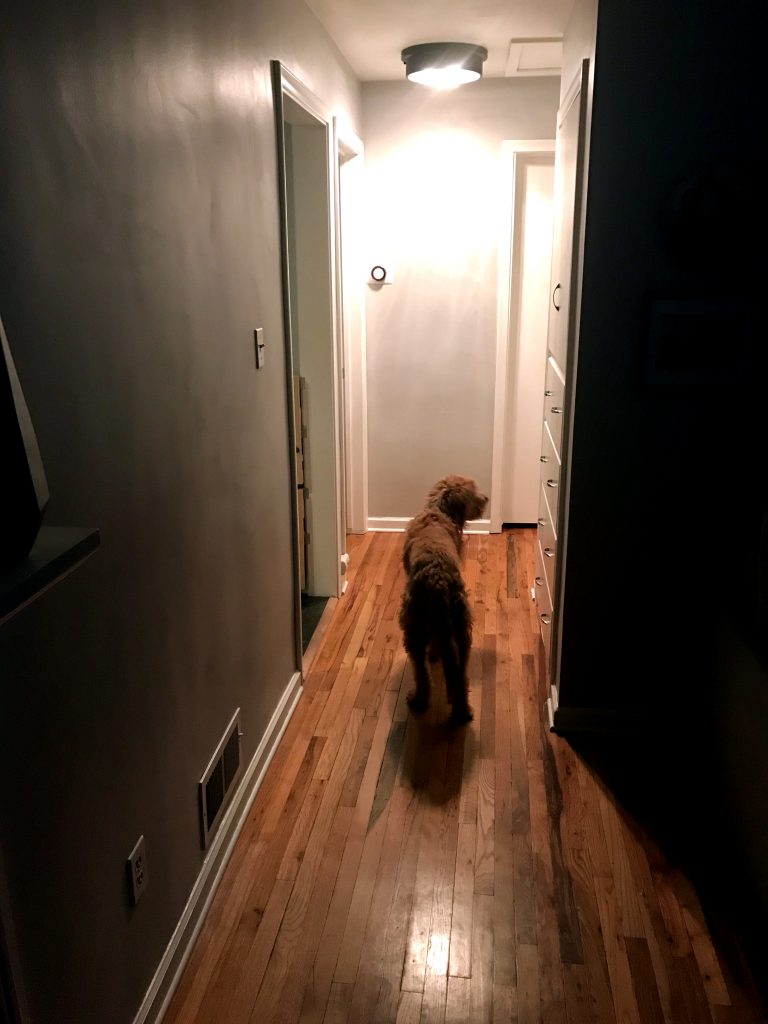 How many pets out there really get freaked out by home decor?!

How We Threw Our Housewarming Party