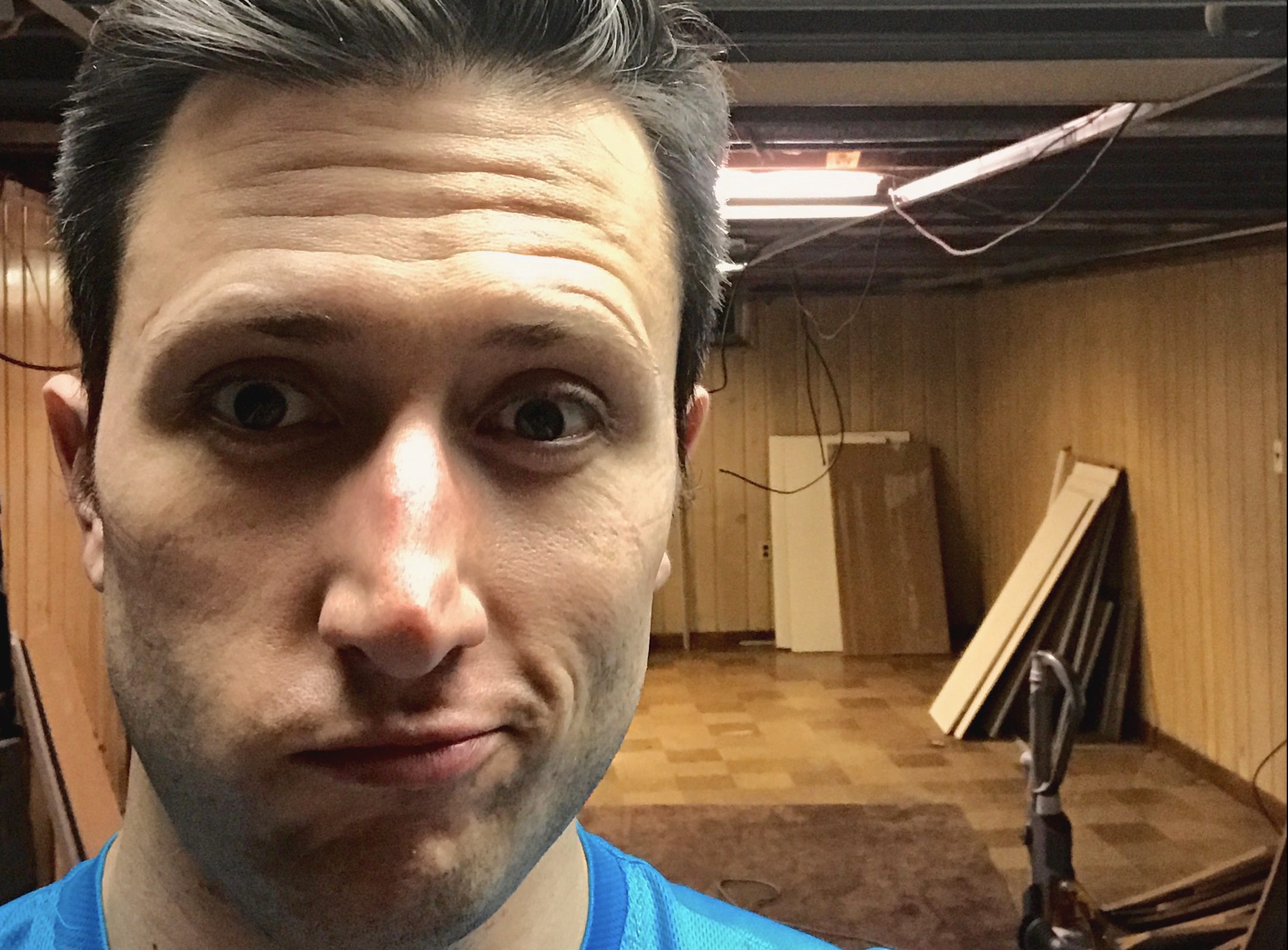 A Tale of Basement Demolition, Dead Mice and a Design Dilemma

So far the projects in our new home have been easy (read: mainly just painting), but while Brian was out of town at a conference this week I started demolition on our biggest project: the basement.

I affectionately call the basement a dungeon. While it’s not quite an underground prison, it’s not the most inviting space (wood paneling and drop ceilings, ftw!). Currently, it’s framed out to include a recreation/family area, two bedrooms,  storage room, laundry room, 3/4 bathroom, two cold storage pantries and other storage.

Before (and a selfie for good measure) 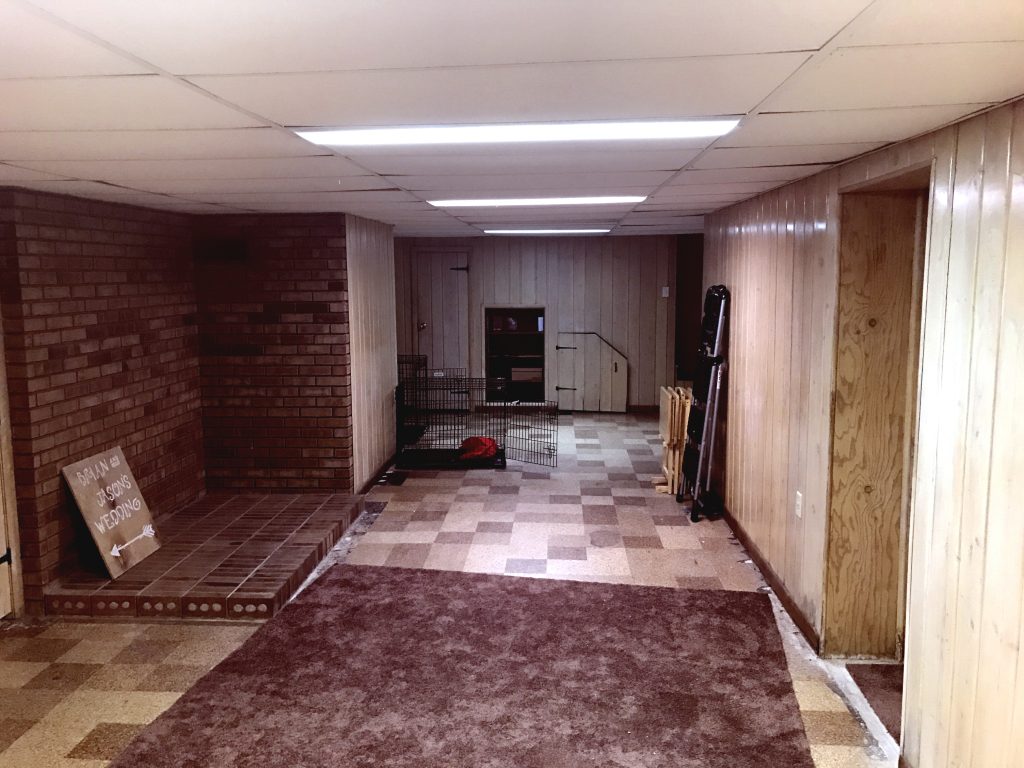 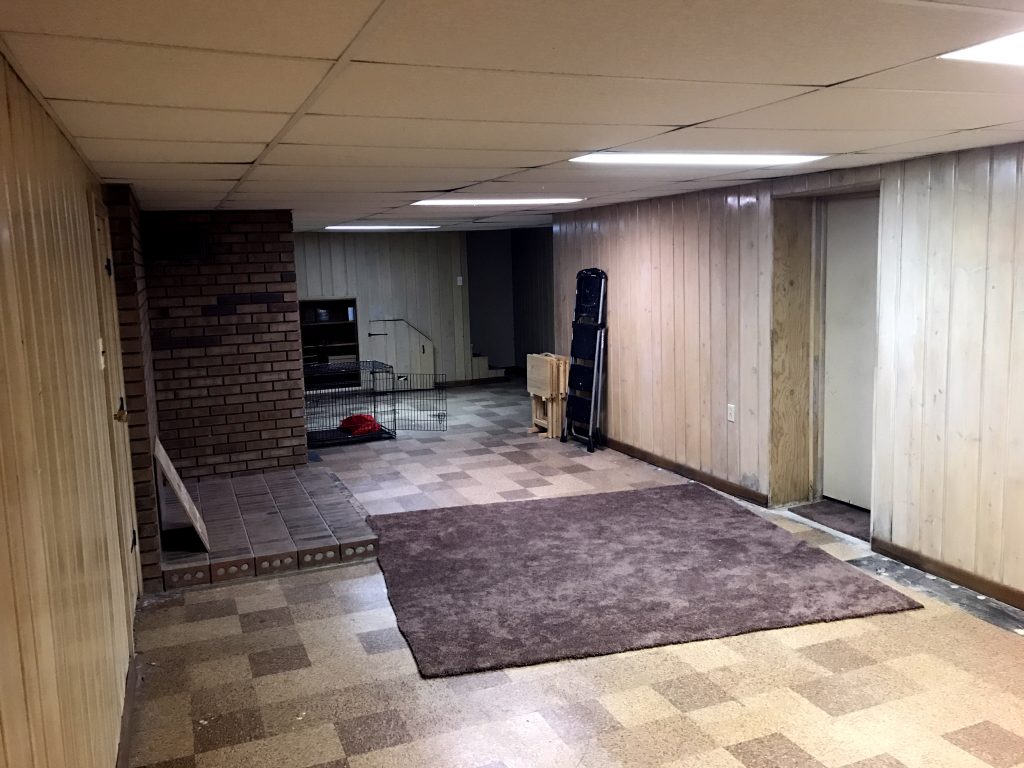 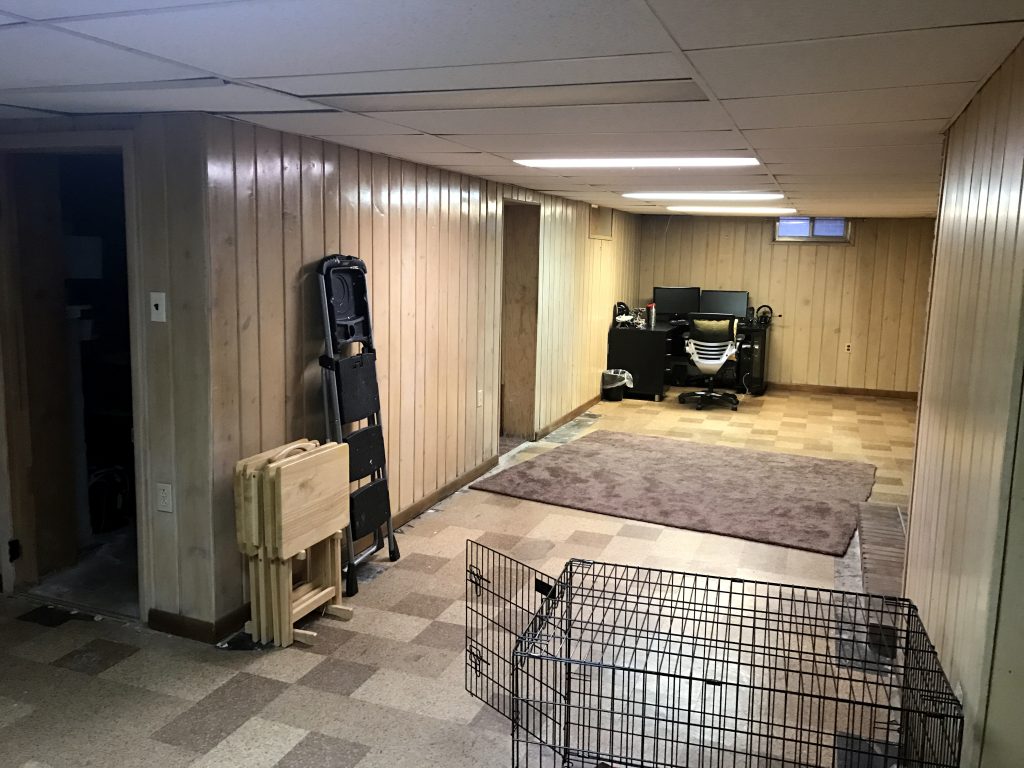 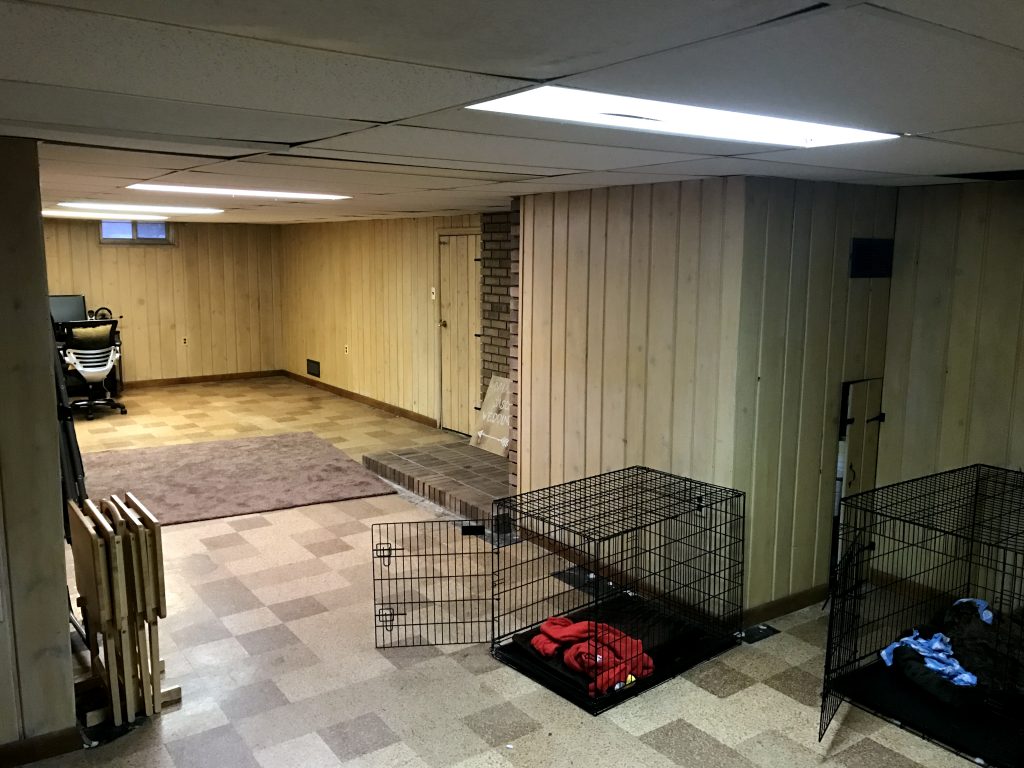 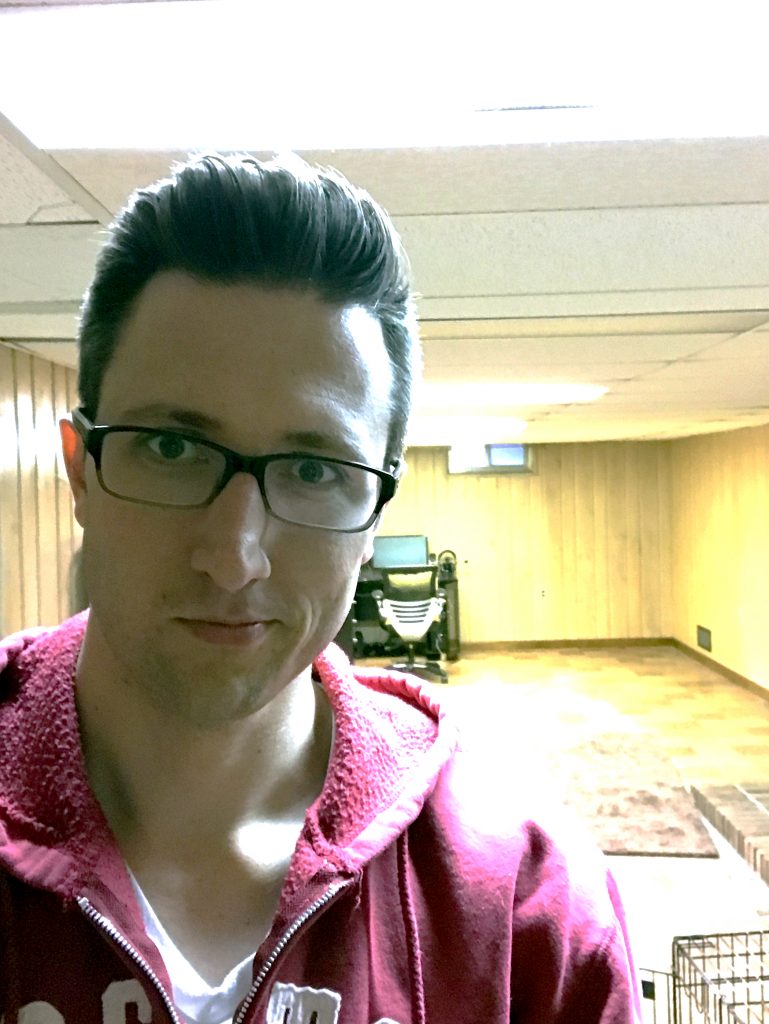 After (and a selfie for good measure)

You should note that I purposefully did not include the pictures of the three dead mice (and lots and lots of poop) that I found in the ceiling when I was removing the panels. I figured that was probably something people didn’t want to see. 😉 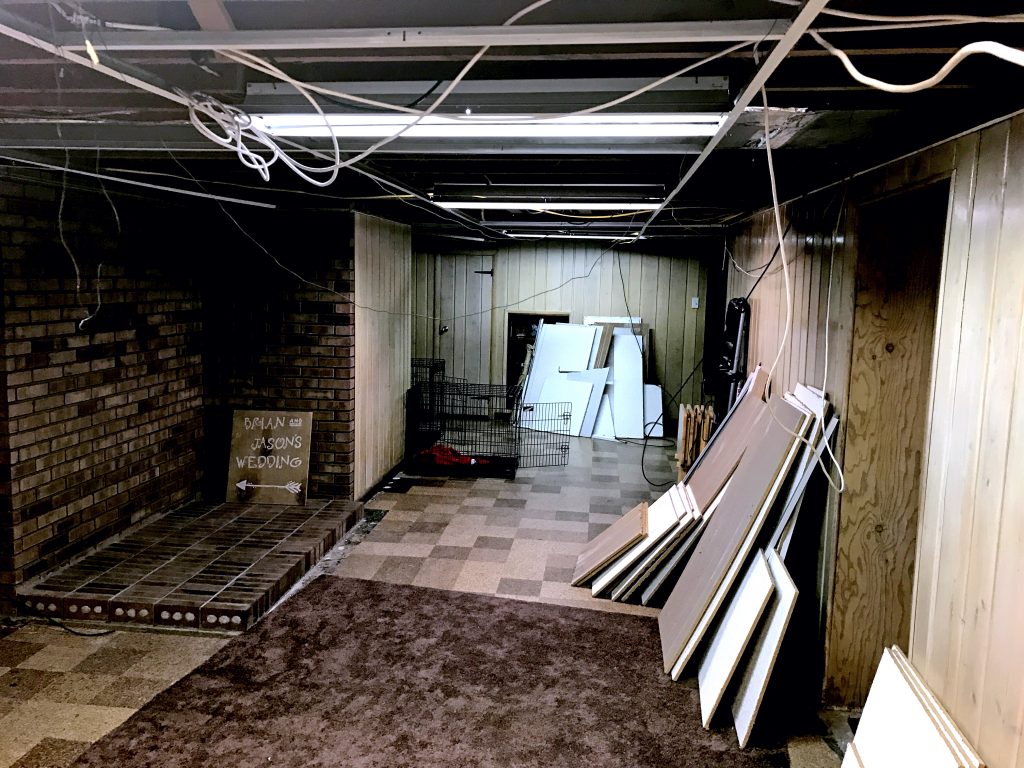 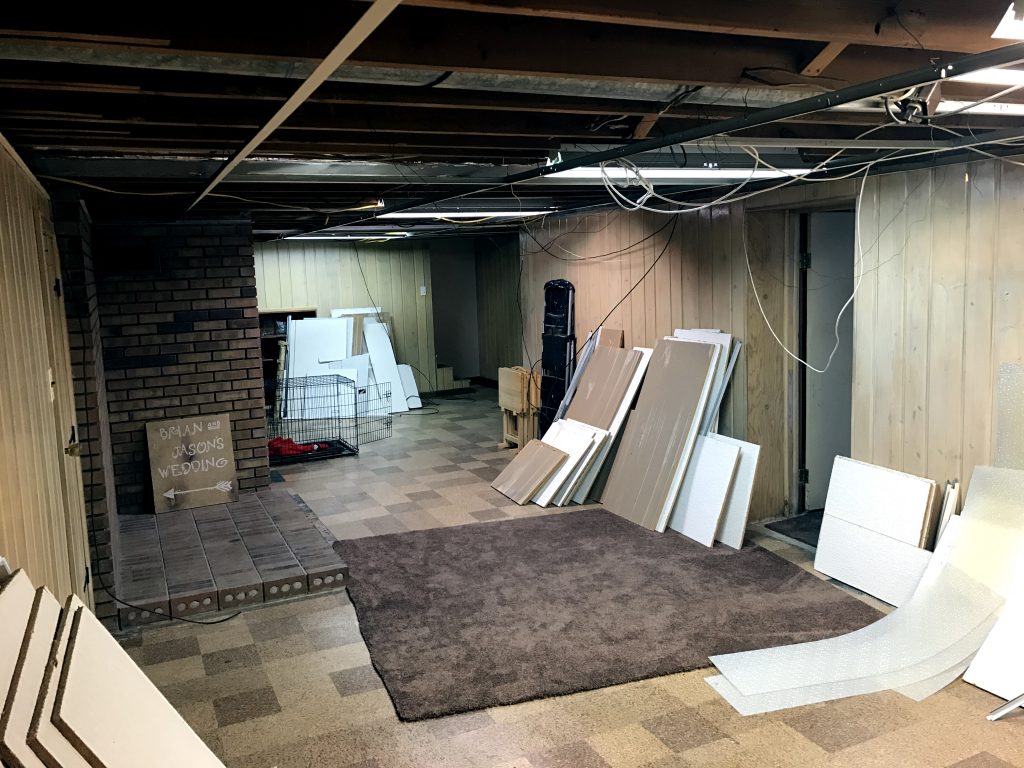 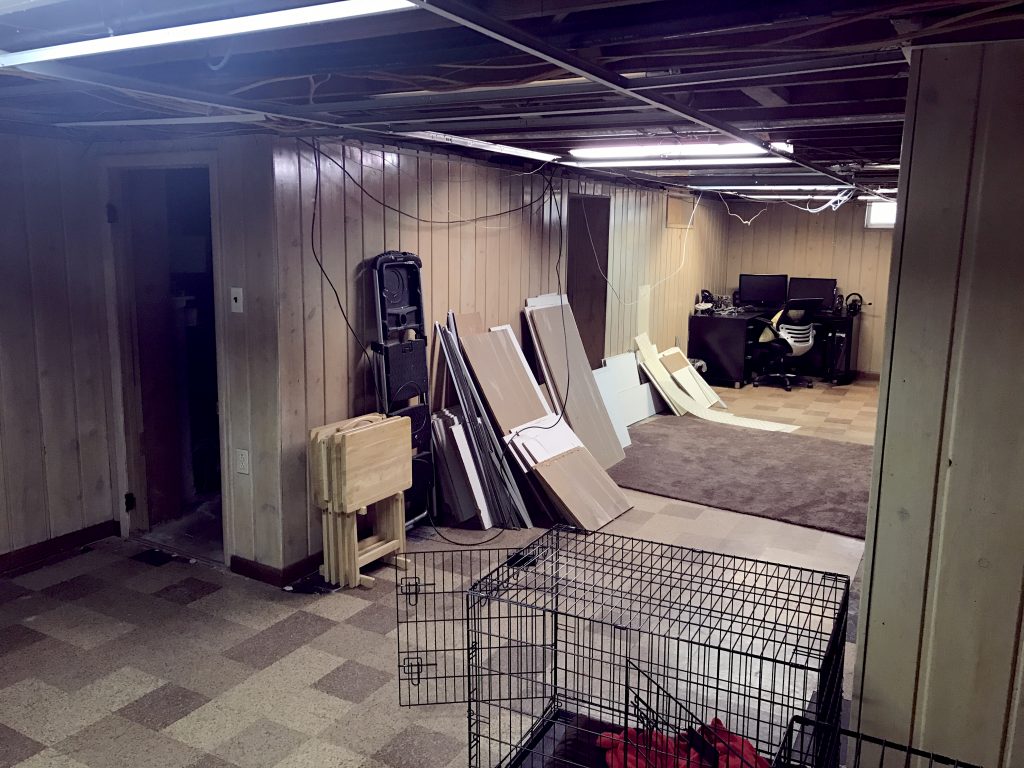 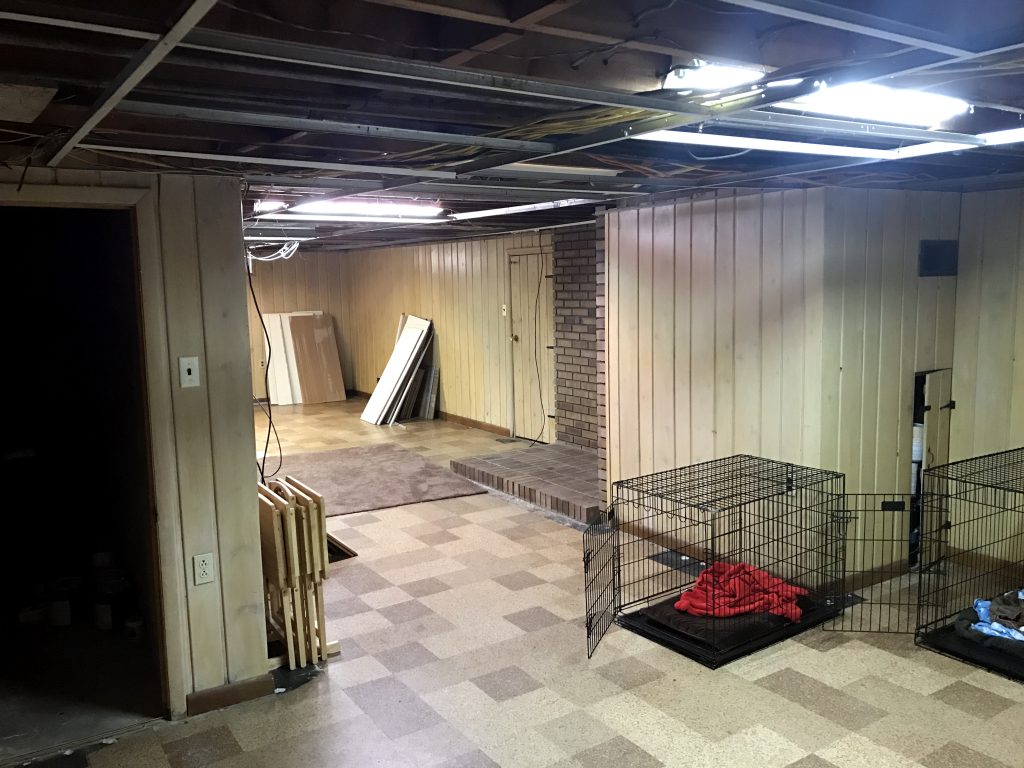 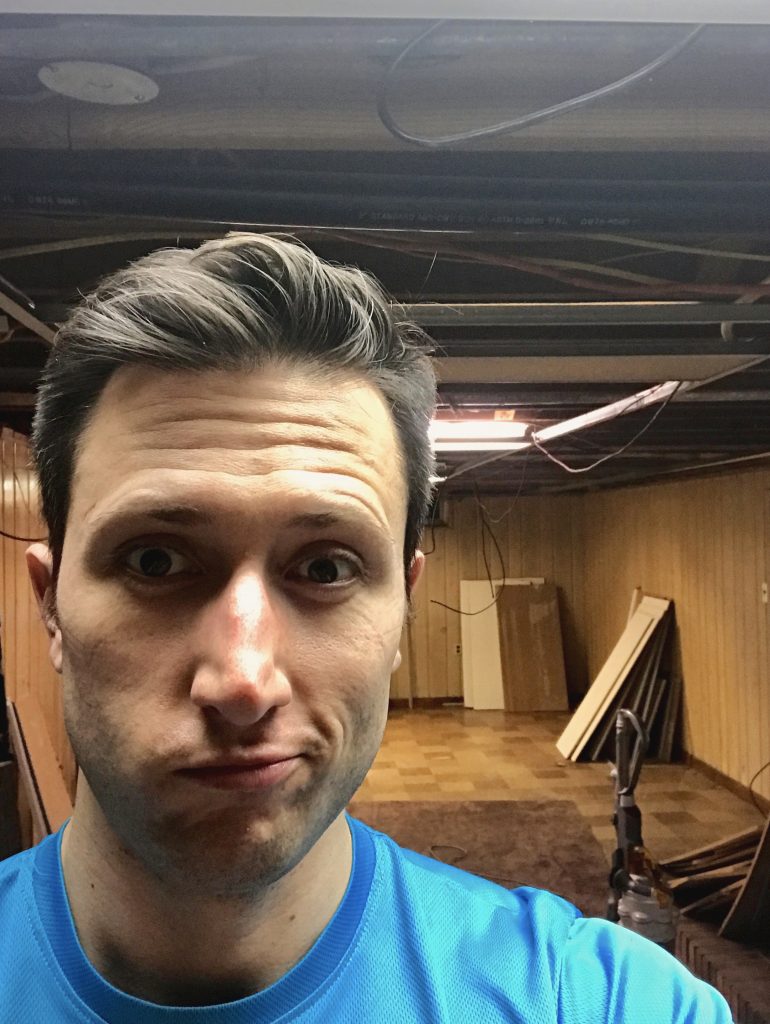 This is one of those scenarios where its definitely going to look worse before it looks better. However, by removing the drop ceiling, we’ve now entered a bit of a design dilemma.

Originally we thought we would replace the drop ceiling with regular drywall celling and recessed lighting. This would gain us about 3 to maybe 3.5″ in height, leaving about 6’8″ in clearance where there isn’t duct work. Not totally ideal.  However, digging down isn’t a very viable option for us because the floor tiles in the basement are sealed with asbestos, and so the asbestos removal combined with the cost of digging down several inches is very cost prohibitive.

However, as I removed the panels, I had a crazy thought. What if we left the ceiling exposed? This would give us nearly 8′ in standard ceiling clearance, or at least the appearance of standard ceiling clearance. Not the most energy or sound efficient, but it might work aesthetically. I did some research and apparently it’s a thing some people do in basements. Below are some photos I found of exposed ceilings (many in basements). 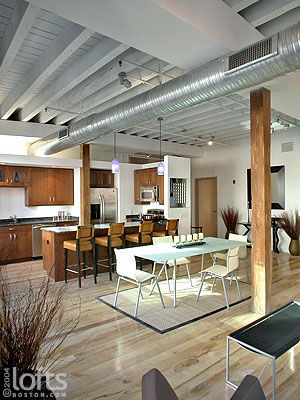 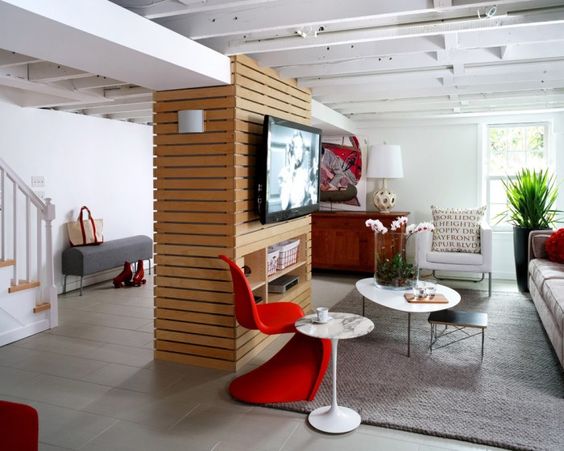 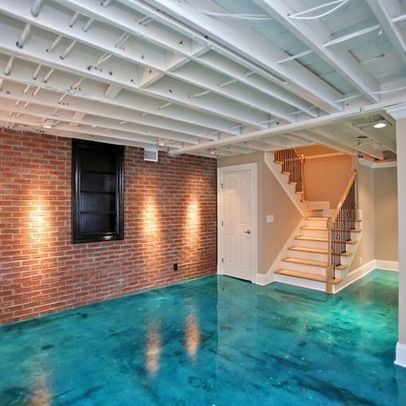 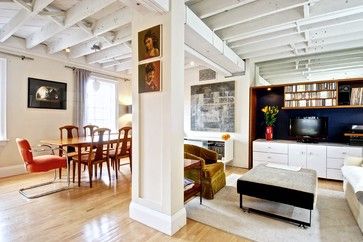 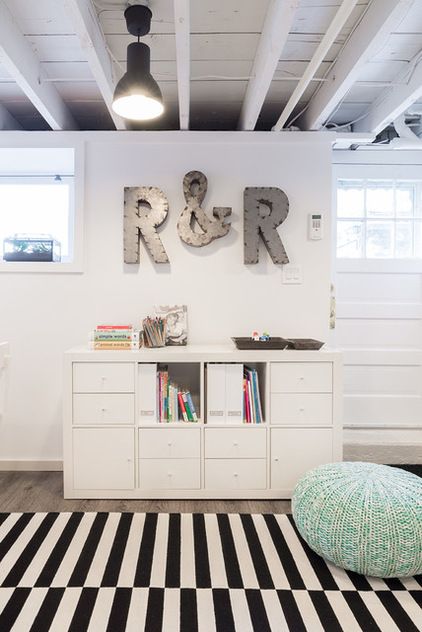 Now, Brian doesn’t think we can pull this off and thinks we should stick with a lower drywall ceiling. I guess time will tell what we decide to do.

How We Threw Our Housewarming Party