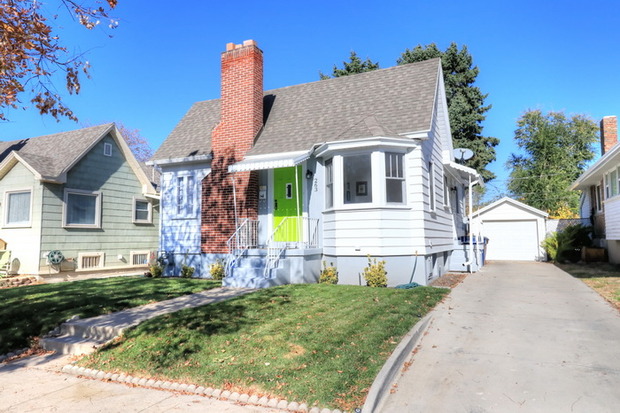 How A Machete Got Us Blogging

It was October 28 at 5 a.m. and Ellie our affable, friendly goldendoodle woke me (Jason) up. She was pacing in our bedroom and barking out the window that looked out into our backyard. She was concerned.

I got out of bed to see what was bothering her. The motion light in our backyard was on, like it always was (due to animals, birds, wind), but nothing was out of the ordinary. I went to the bathroom and got back in bed. Ellie was still concerned.

Then the backyard gate slammed. I looked out the window and still saw nothing. I thought, “someone must’ve been in the backyard and left” and went back to bed. Brian, and our miniature schnauzer, Frodo, were still fast asleep. Ellie was still concerned.

Around 6 a.m. we all woke up and I told Brian that I suspected someone may have visited the backyard overnight. We ended up venturing into the backyard together. Frodo and Ellie stayed inside.

It was still dark out, the motion light was still on and when we reached the backyard it was a bit chaotic. Things from our shed were strewn about. The backyard shed was propped open with a drill case.

We approached the shed and opened the door. Bags of things from the shed were stockpiled about four feet high in the entryway. No other sign of the perpetrator. “We must’ve scared them off,” we thought. Or maybe Ellie did.

Brian began putting everything away in the shed. The thief tried to take a lot, and after about 15 minutes we headed back toward the house. Brian locked the shed and did one last check of the backyard. That’s when we realized we weren’t alone.

In the darkest corner of the backyard, Brian saw what looked like a duffle bag and signaled me over. About that same time, Brian realized the “duffle bag” had hands.

As soon as he hit send on the 911 call, the man, who was very thin and wearing baggy, ratted jeans and an oversized black windbreaker with bright orange pocket lining stood up very slowly. He had something in his hand that I couldn’t quite see in the darkness.

“That’s right you do,” grumbled the creep.

We ran faster than we have before. Much faster than the man who was likely high on meth. (Crossfit and those Ragnar races have came in handy at that moment.) He chased me halfway through our front yard before we both stopped. I was about 20 feet in front of him. I looked back. He stopped. That’s when I noticed his weapon: a machete. We were chased out of our backyard by a man with a machete! (Note: It was Brian’s stepdad’s machete from Vietnam that the man had stolen for this very occasion). Then the man fled.

Shortly after, we called our realtor and had multiple offers on our house.

That’s why we’re here. The machete. Now that we’re in a newer, better home (but one that will also require a bit more DIY and renovation), but I am disappointed we never chronicled our two years of improvements on Downington Avenue.

So we’re going to share our adventures in fixing up our new forever home. We hope you’ll enjoy the adventure with us.

And because I’m so disappointed we don’t have more before and after pictures of our other home. Here are a few photos I stole from our real estate listing for posterity. 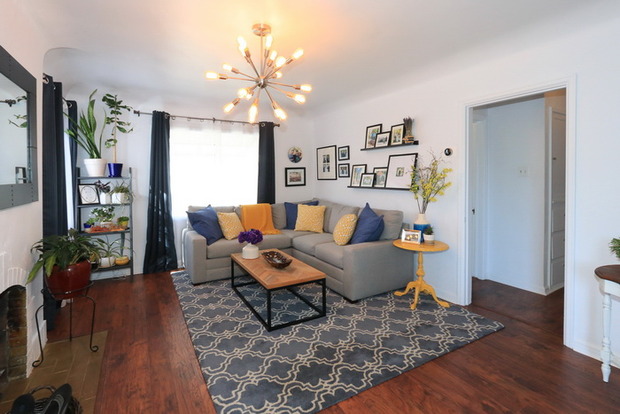 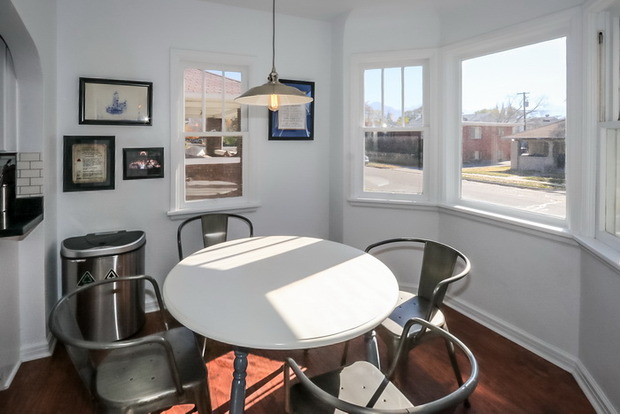 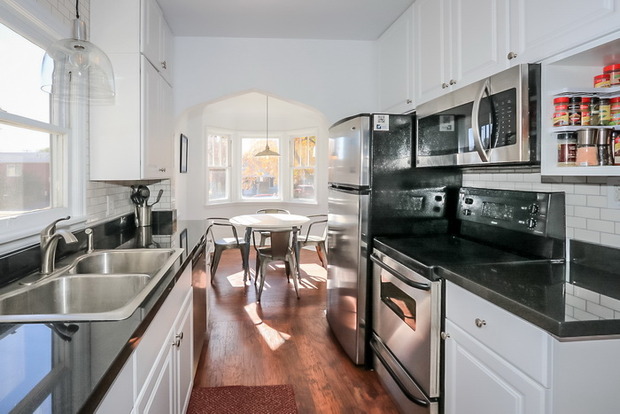 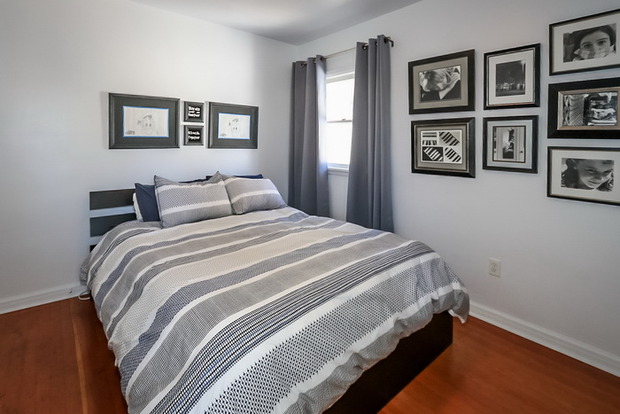 From Mid-Century “Blah-dern” to Funky Fresh