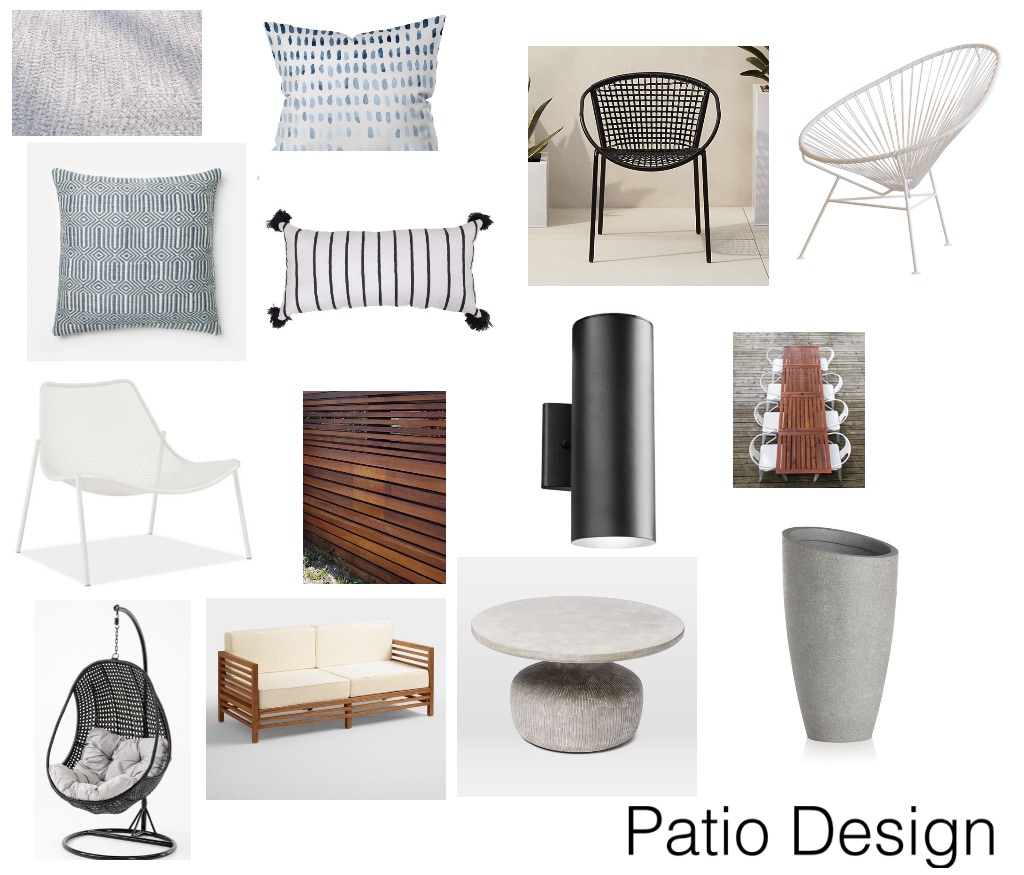 We call our backyard a “party yard.” But that’s a bit of a lie, because we’ve had very few parties there (read: none).  We have ample space and a large covered deck. However, it’s a bit dumpy and the deck is a blank slate – especially now that we sold our furniture (thanks Facebook Marketplace!). After a summer of zero parties, we decided that we wanted to (mostly) furnish the deck by Brian’s birthday (September 15).

Here are some before pictures (Ellie included!): 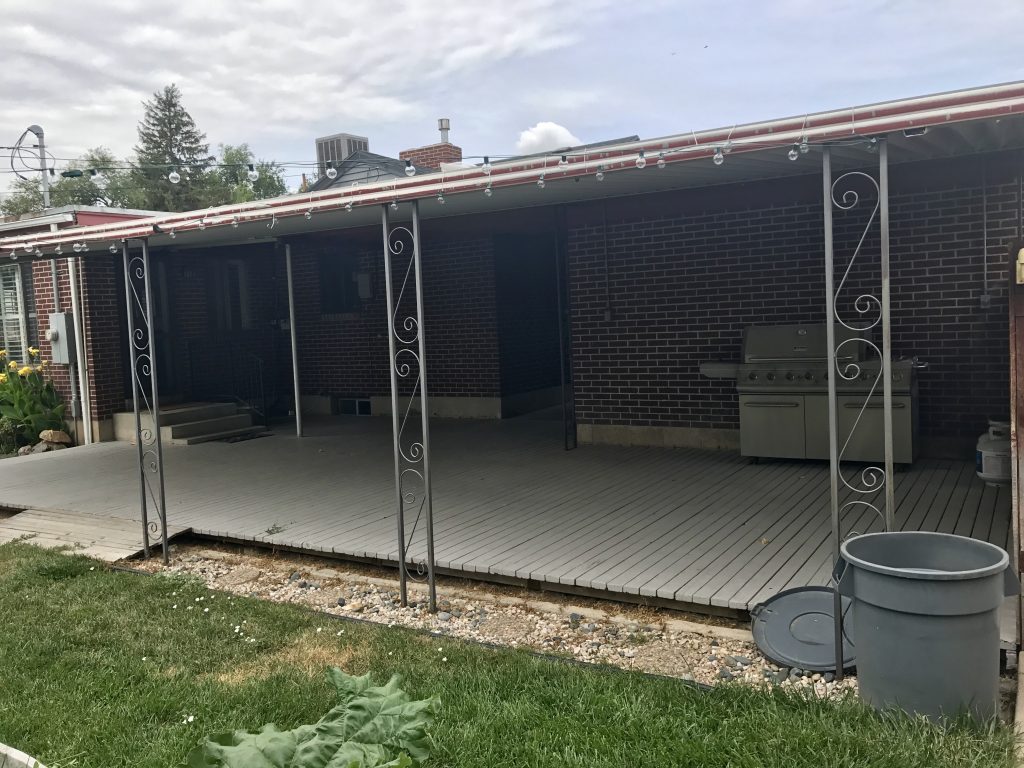 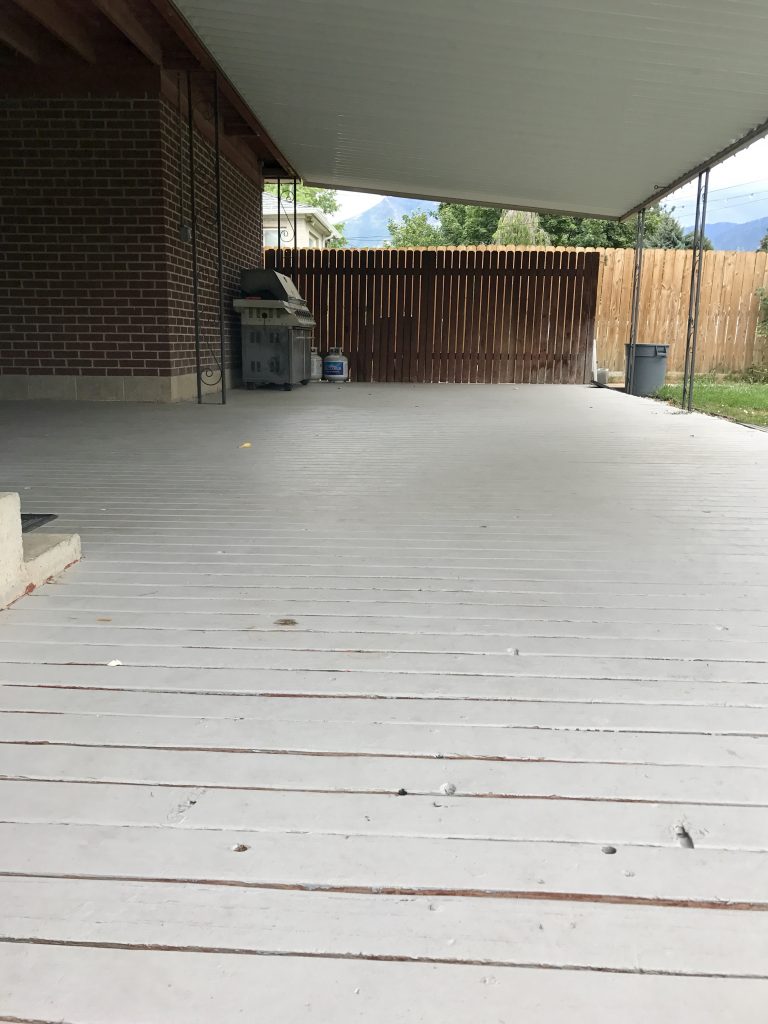 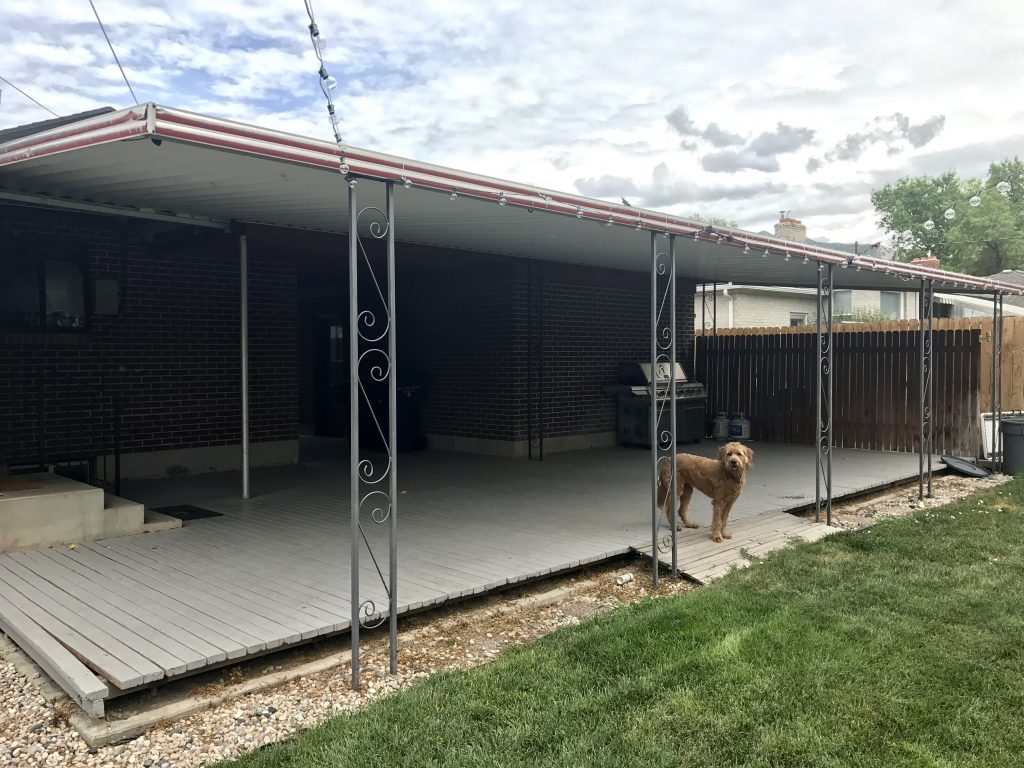 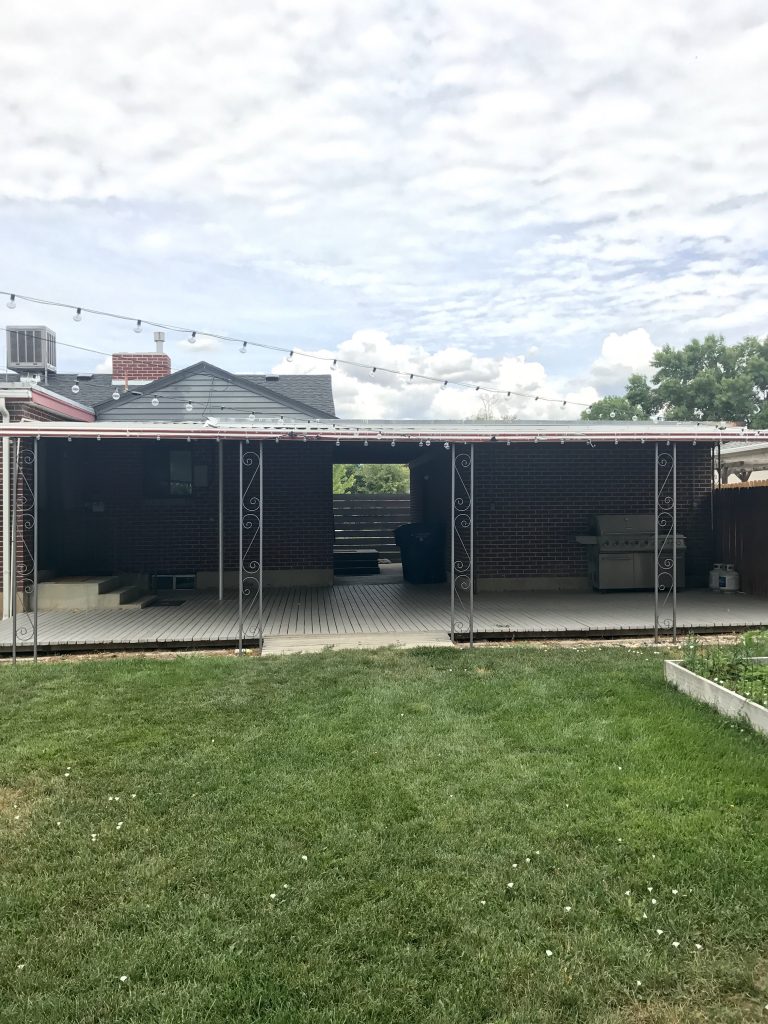 I recently had surgery on my deviated septum, which meant I spent a week on the couch doing almost nothing. I promise a week of doing nothing wasn’t as glamorous as it sounds. However, this presented a perfect opportunity to plan out most of our deck. Bye, bye money (this coming from the cheap one in the relationship, go figure).

We chose a more mid-century modern inspired design because of the style of our house. We started by finding an awesome deal on this IKEA table and based the rest of the design off of that. I used Morpholio to put all the ideas together. Yeah, it’s pretty janky, but it was a bit easier than trying to compile everything in Photoshop.

These weren’t ALL THE THINGS  we are going to buy, but the mood board   put everything in one spot. 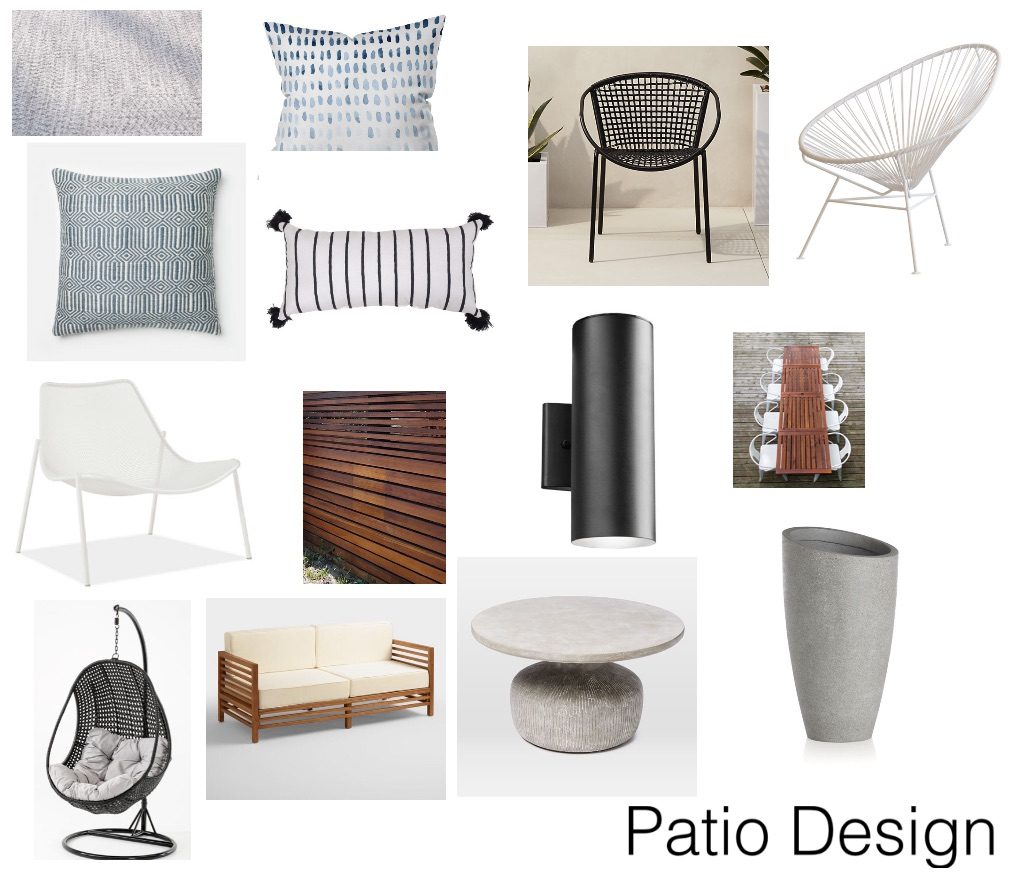 We used SmartDraw to completely map out the space after we had a design direction.  The app was easy to use (just don’t use Safari!) and gave us  confidence that we made correct choices. Unfortunately, I didn’t take a screenshot before our free trial ended, so I can’t share the plan. And we’re just not quite to the point yet where we need a full year subscription to the software – maybe by the time we get to that basement remodel.

We’ll be updating with our progress over the next several weeks, and hopefully we’ll make that September 15 deadline!

Refinishing and Reupholstering the Dining Table