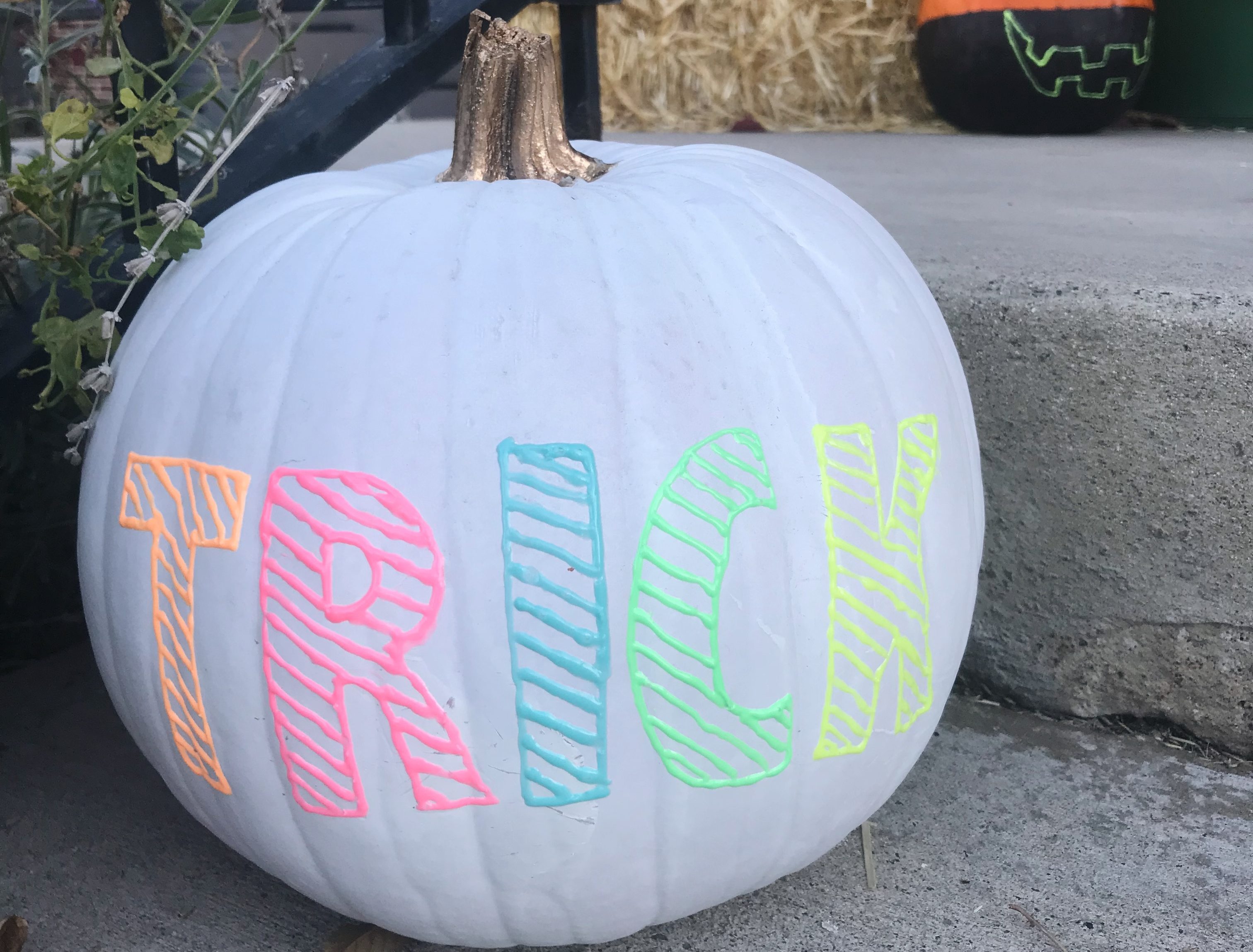 Confession: The smell of pumpkin guts makes Brian want to puke. Because of this issue, last year was the first year in our entire relationship that we’ve ever carved pumpkins together. (Brian claims to love Halloween and yet doesn’t participate in the pumpkin carving tradition, but I digress…) He made it through last year’s carving with a facemask and lavender scent but this year we decided to try something different and try completely no-carve pumpkins.

Here’s what we used to create them:

We prepped all the pumpkins first by painting them, which took less than an hour including dry time. I failed and forgot to take pictures, but it did leave nice “crop circles” in our front yard, which will probably be there until spring. 🙂

For the pumpkins in which we just wanted words, we created word patterns in Photoshop, which was really easy. We just measured the approximate size we wanted it to be on the pumpkin and created the template accordingly in Photoshop. Then we were off and running. 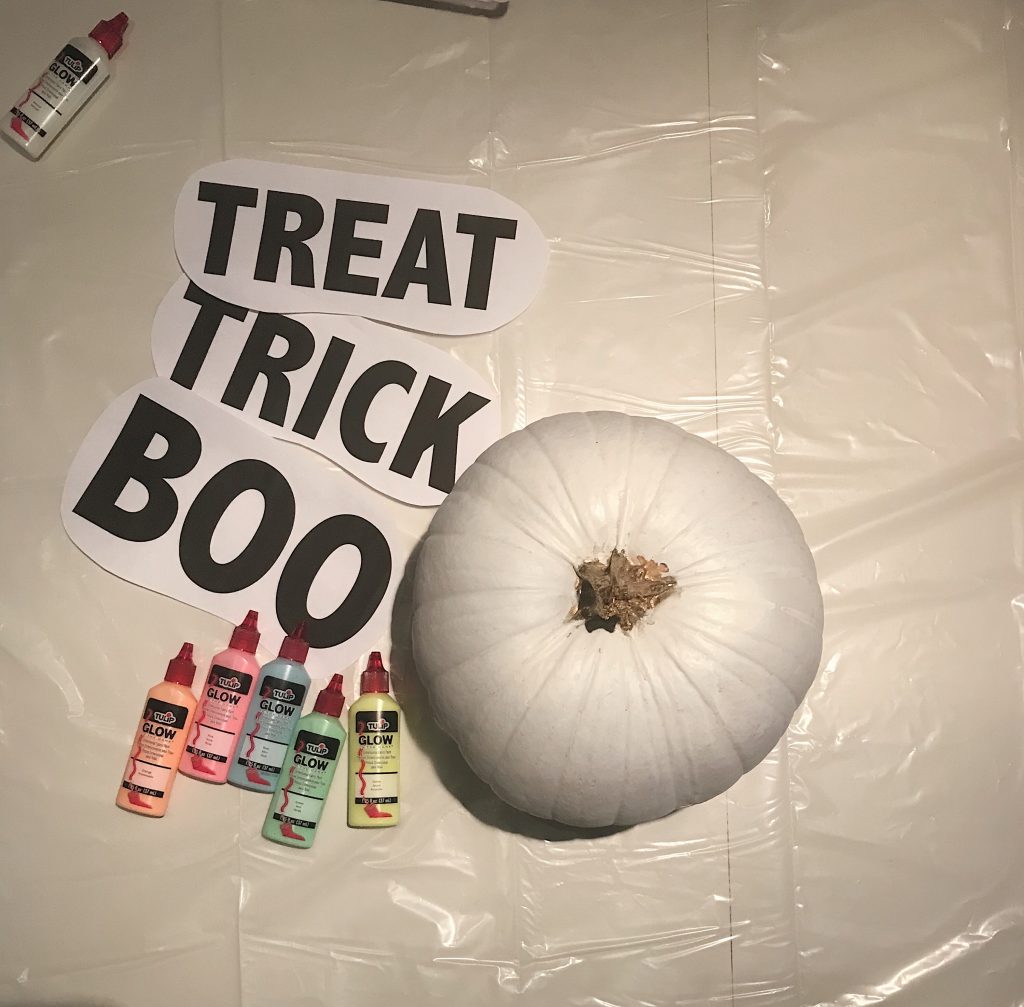 Once the patterns were traced on, the rest of the painting was easy. We just followed the lines and painted in them where necessary.

(The picture below is a bit misleading – we did the Jack Skellington pumpkin the same was as mentioned above the second time around. The photo below is the first attempt that failed and that we had to wash off the pumpkin, so don’t try that at home!) 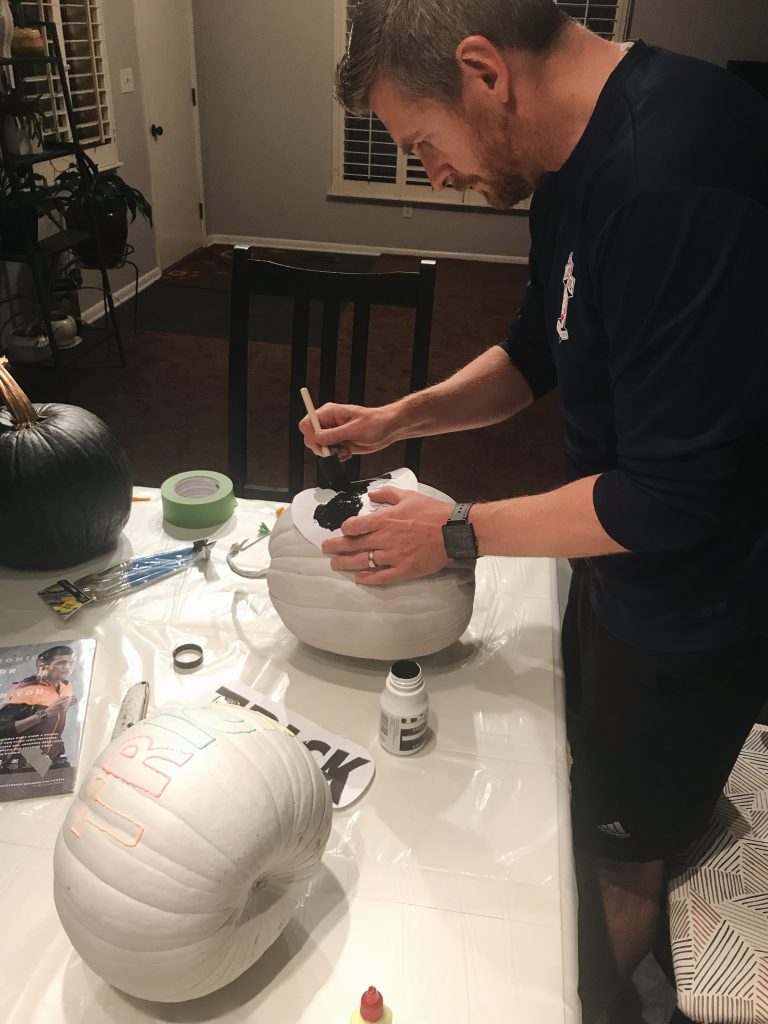 And here’s the finished work on the porch in the daylight: 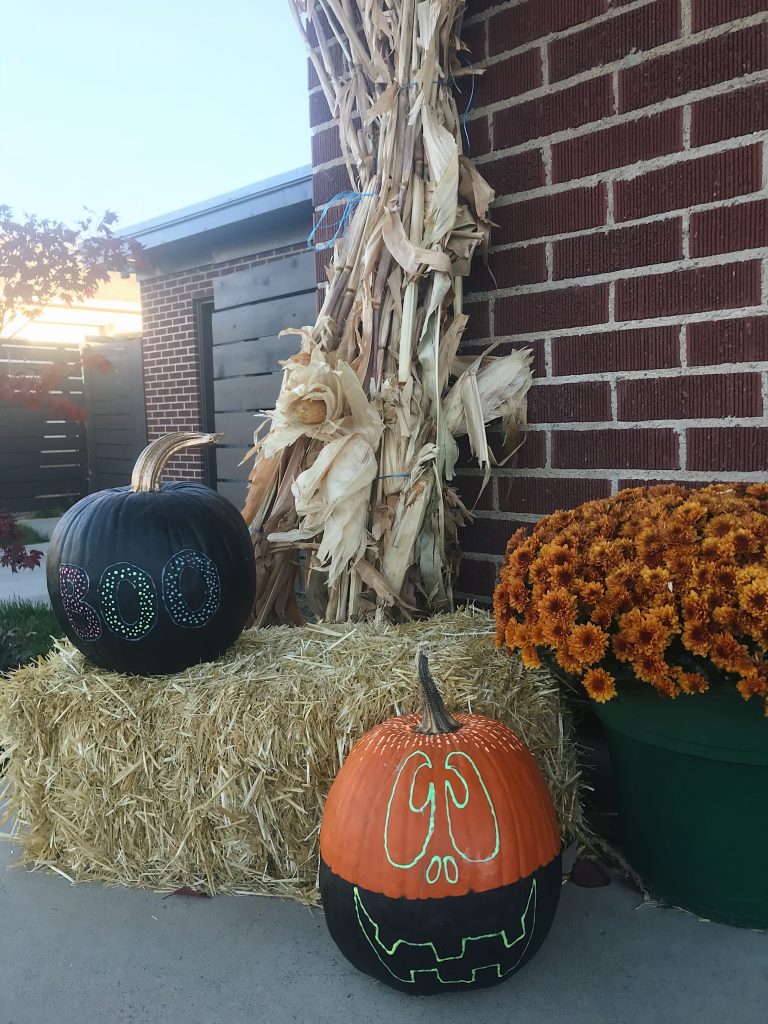 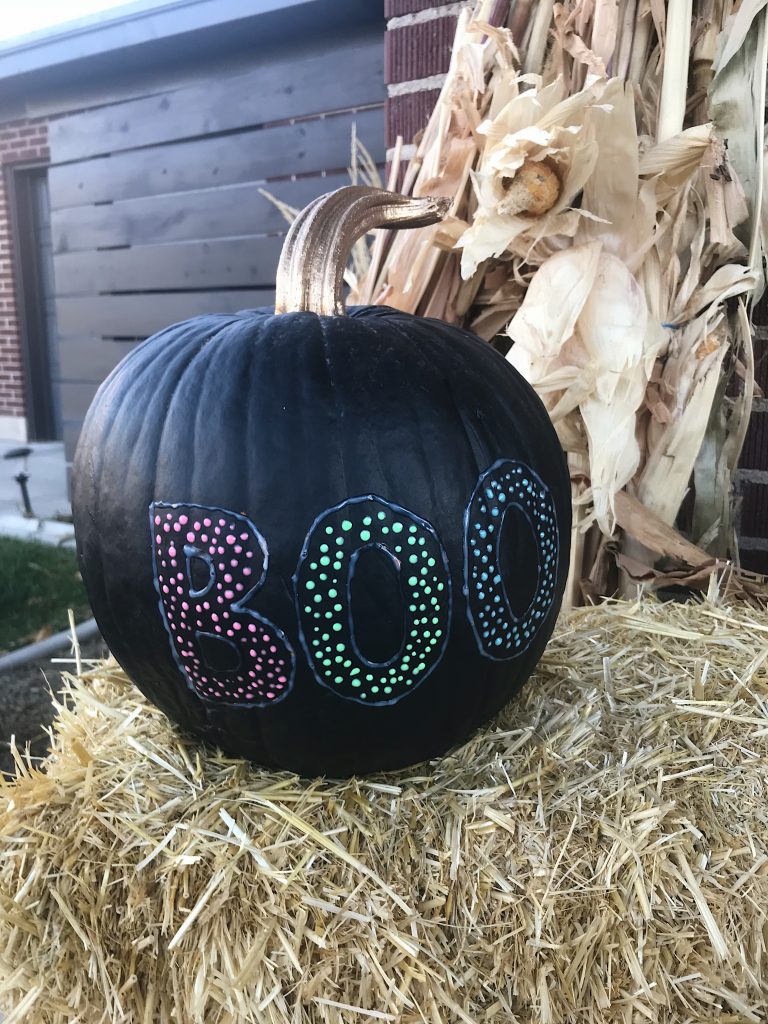 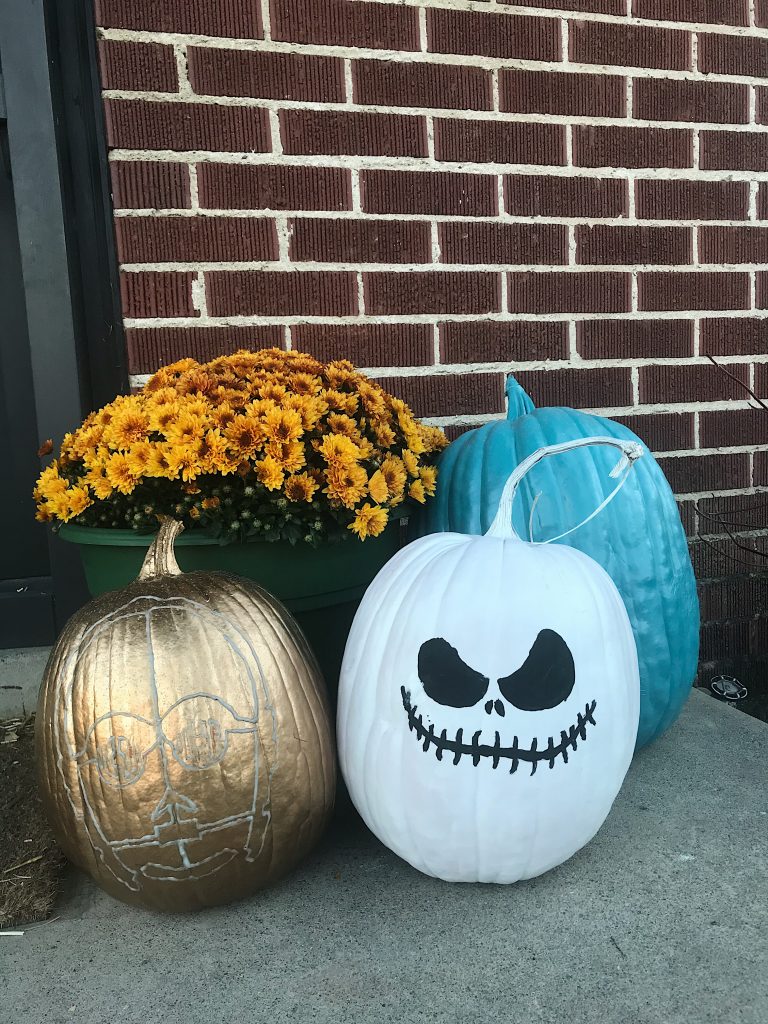 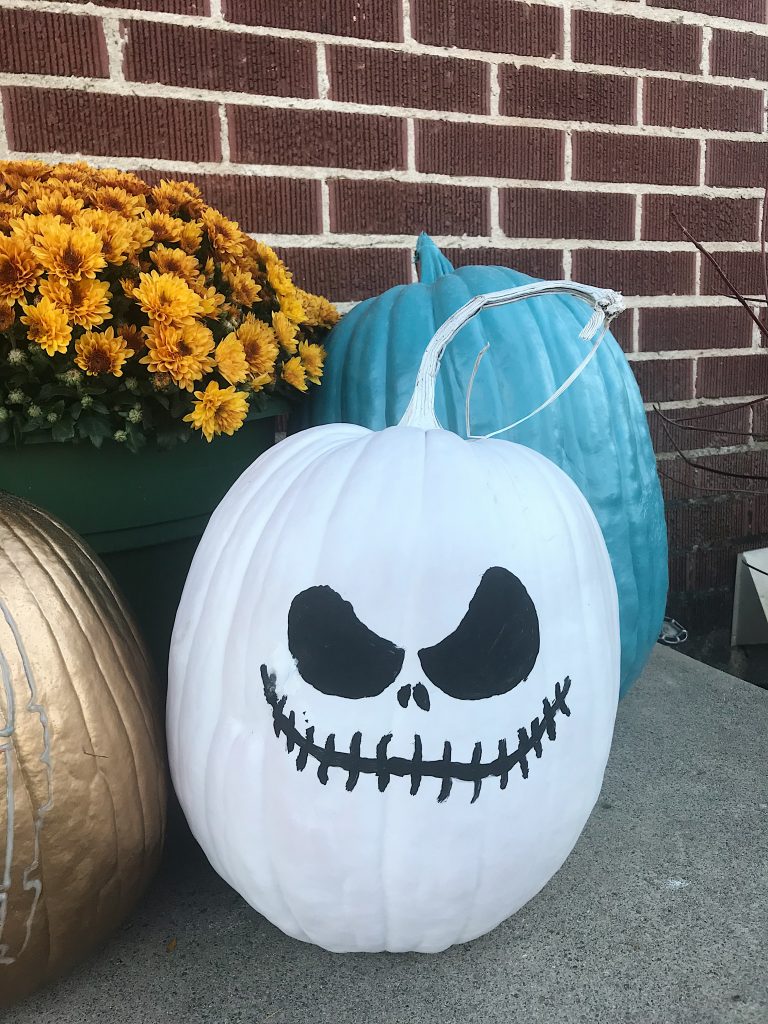 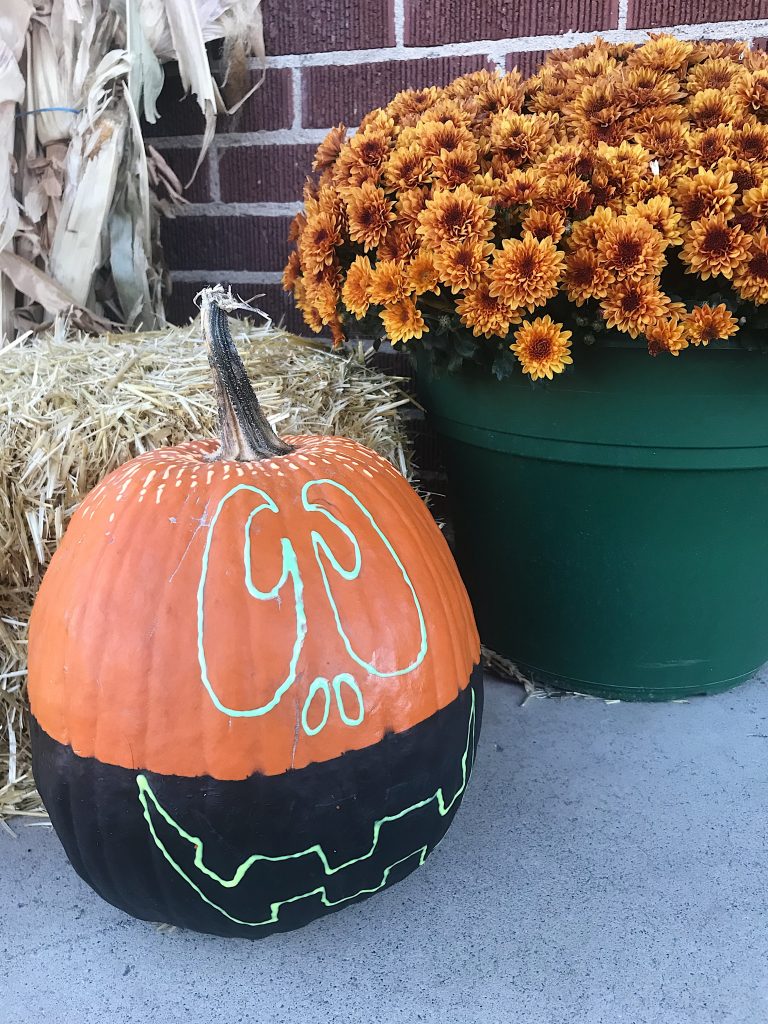 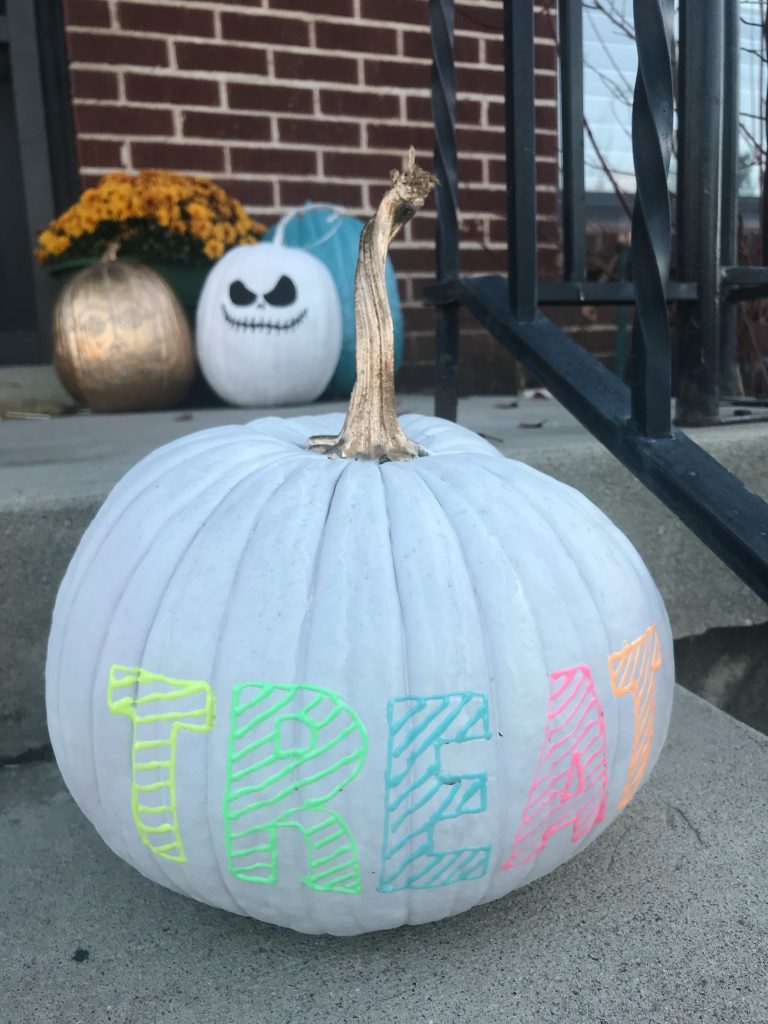 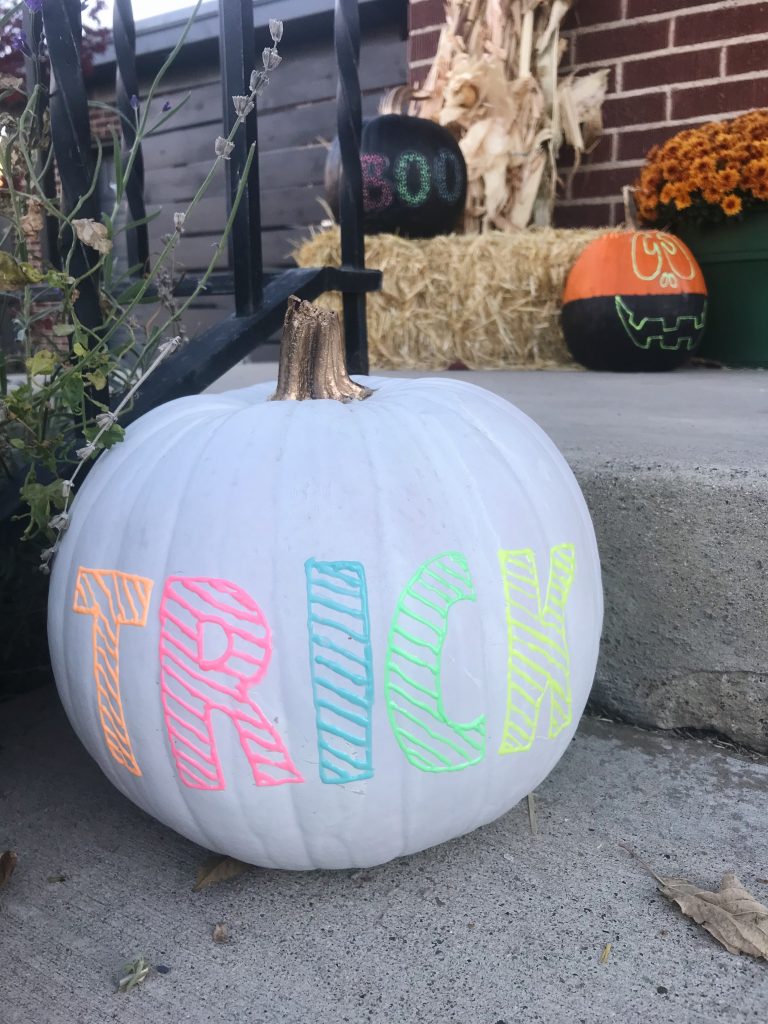 And here are the pumpkins all aglow on Halloween (thanks to the help of a few blacklights): 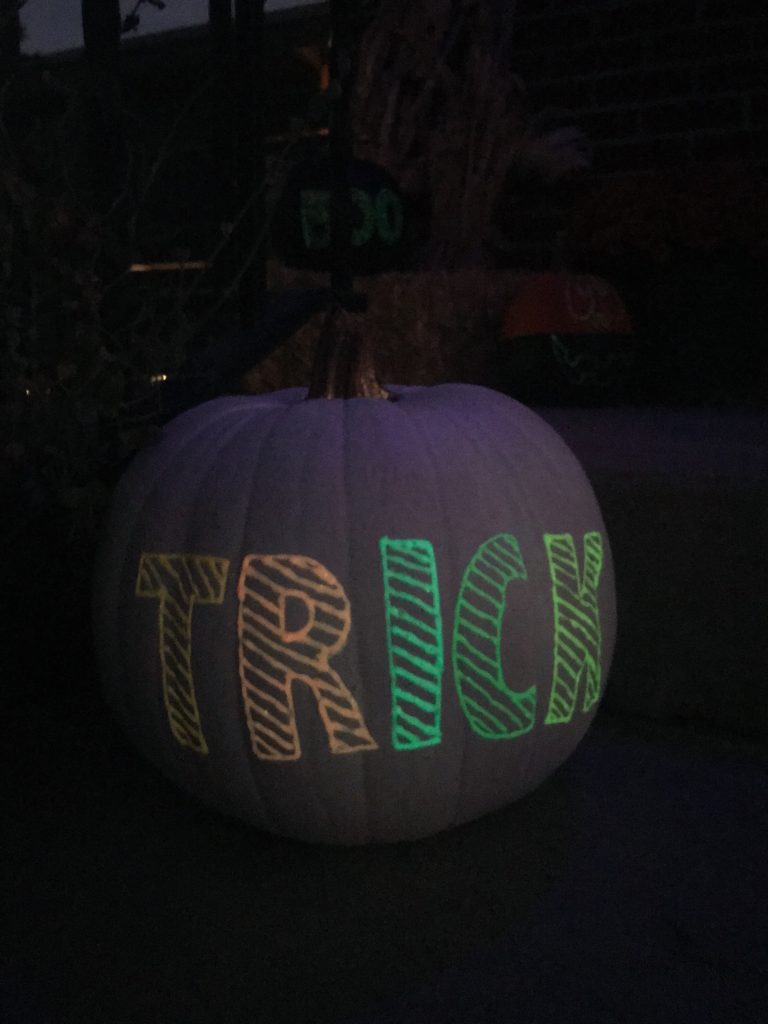 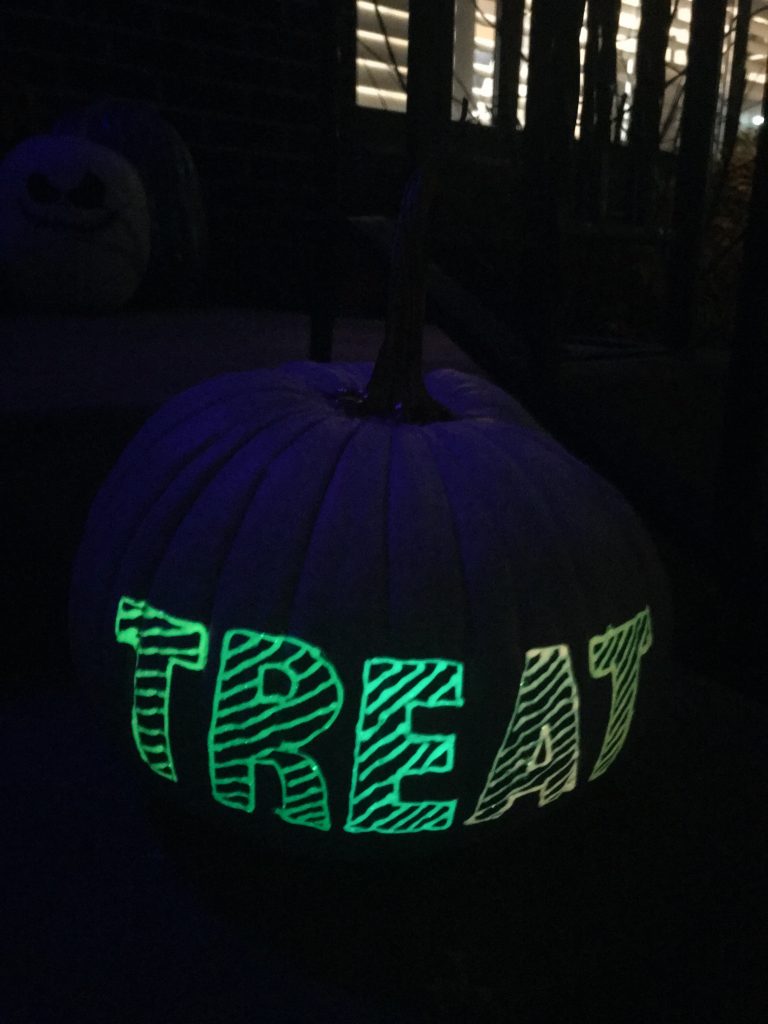 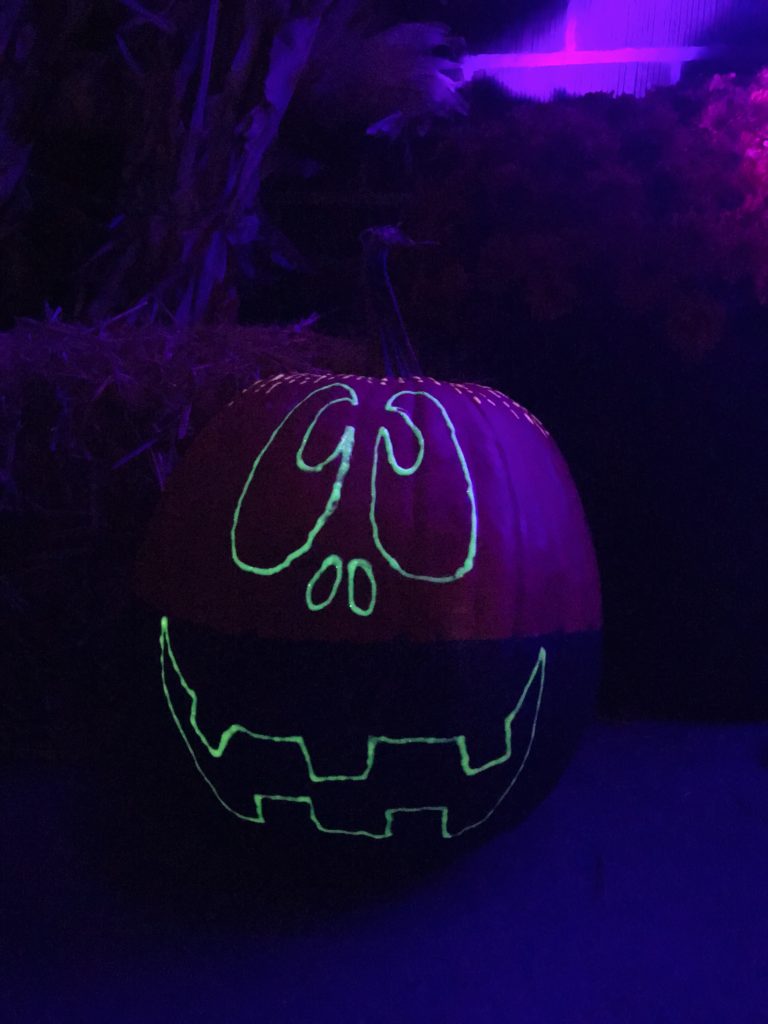 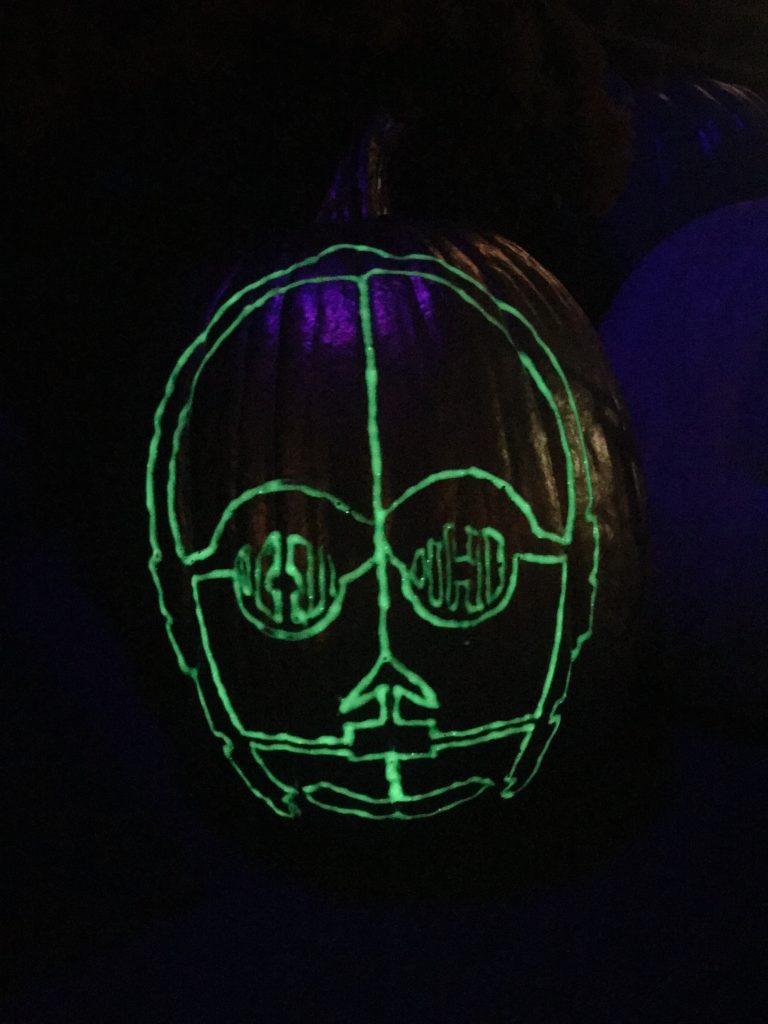 I don’t think we’ll be going back to carving pumpkins for Halloween anytime soon.